Much of Washington is focused on the deep waters of Puget Sound. First settled during the early nineteenth century, the state has become home to substantial Hispanic and Asian ethnic minorities. This cultural variety manifested itself in numerous architectural styles –from homes, to churches and to the Evergreen State’s public buildings.

The architecture of Washington State mirrors its uniquely diverse landscape. Like its two distinct climate zones, the Evergreen State covers everything from Craftsman to Italian Renaissance Revival designs.

In a state famous for its natural splendor, Washington is known for its National Park Service rustic design. From Bellingham to Mount Rainier, one can find structures made from local materials like logs and stone, allowing the public buildings to blend into their environments.

The state also has its share of extravagant architecture and one can see many Art Deco style buildings that became prominent after World War I. The most notable is the Seattle Tower which was the first Art Deco building in the city. However, other architectural styles emerged such as the Italianate Ward House (built 1882), the Admiral Theater in West Seattle (built 1919) which has a nautical theme, the Agen Warehouse (built 1910) which was constructed in a decorative commercial style, and the iconic Seattle Space Needle, built for the 1962 World’s Fair.

Residential architectural in Seattle is equally eclectic, ranging from grand Queen Annes to Tudor Revivals and Craftsman bungalows such as the one below. Far from major cities, there are ornate Victorian homes on the Olympic Peninsula. There are also architectural surprises in the form of the typical colonial homes that fill the community of Port Gamble on the Kitsap Peninsula. These were built by homesick Maine transplants who wanted a slice of New England on the west coast. This area became a National Historic Landmark District in 1966.

Oldest Structure in the State of Washington 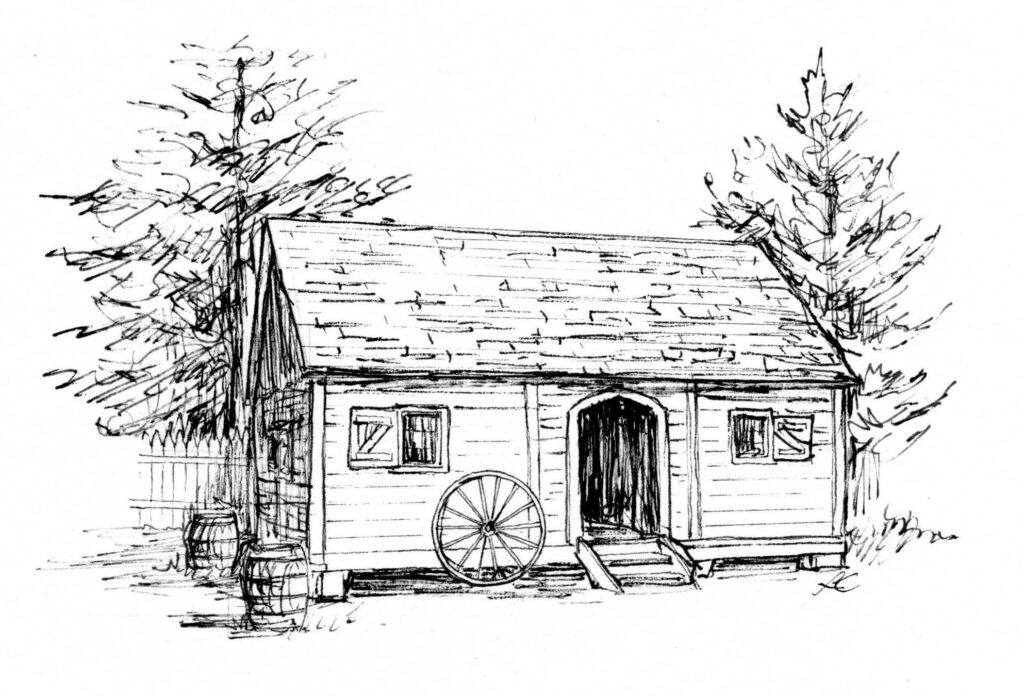 Fort Nisqually, established in 1833, was once an outpost for the Hudson Bay Company. Over the years many buildings fell into decay. Luckily, the fort’s restoration became a project in President Roosevelt’s 1930 New Deal program which provided jobs as relief from the Great Depression.  In 1855 this National Historic Landmark became a living history museum of Puget Sound life.

In Washington, various architectural styles gained popularity as trends changed, era by era. The Victorian era, spanning from 1860 to 1900, ushered in Gothic, Italianate, Queen Anne and Second Empire styles.  From 1900 to 1940, home styles were influenced by the American Movement — the most popular house types were Prairie and Craftsman. The Revival period occurred between 1920 and 1960, the most well-known styles at this time were Cape Cod, Dutch Colonial, Tudor Revival, Georgian Revival and Spanish Revival. In 1930 the Modern style emerged and was widely used for the next four decades.

Nicknamed the Emerald City, Seattle is surrounded by natural beauty. It has Olympic National Park and the Pacific Ocean to the west, the Salish Sea to the north, the Cascade Mountains to the east and the Columbia River to the south. All of these are only about an hour’s drive from downtown. Its architecture is just as varied and one can spot Cape Cod cottages, Craftsman bungalows and Victorian mansions within city limits.

Seattle is known for its tight knit “urban villages” and each has its own community identity. I became familiar with several while creating my Seattle house portrait series. North of downtown Seattle, the Montlake neighborhood has beautiful parks, tree lined streets and well-maintained older homes. Popular architectural styles include Tudors, Victorians, Colonial Revivals and Craftsmen homes. The neighborhood of Queen Anne sits on a 456-foot hill with breath-taking views of the city. A number of its earliest homes are impressive Queen Anne mansions, hence its name. However one can find a creative mix of house styles there. Stevens is another hilly Seattle neighborhood with an eclectic variety of historic homes. It has a lively urban environment with lots of green space. It is very walkable and has great coffee houses too.

I hope you enjoyed my collection of beautiful Seattle homes in a myriad of different architectural styles.

Many of these homes are included in the Washington state section of my coffee table book, Hand Painted Homes: An Artist’s Pen and Watercolor Journey Across America.  Click here to find out more about the book and see sample pages.

I am always adding to my city house portrait collections. If you would like a portrait of our own Seattle home don’t hesitate to  contact me at leisa@leisacollins.com.