Traverse City is about 15 minutes from Lake Arbutus. It’s an artsy community-spirited city with an abundance of interesting cafes and restaurants as well as unique boutiques, specality stores and art galleries.  It also hosts a popular film festival annunally which we enjoyed.  Traverse City is named after the Grand Traverse Bay, which the city heads. The bay earned its name from 18th century French voyagers who made la grande traverse or “the long crossing” across the mouth of the Grand Traverse Bay.

There are lots of beautiful historic homes in Traverse City, especially elegant and well cared for Victorians from smal to very large.  I did my usual “house portrait walk-about” and selected what I think are some of the most art inspiring homes. Here are m first two portraits. 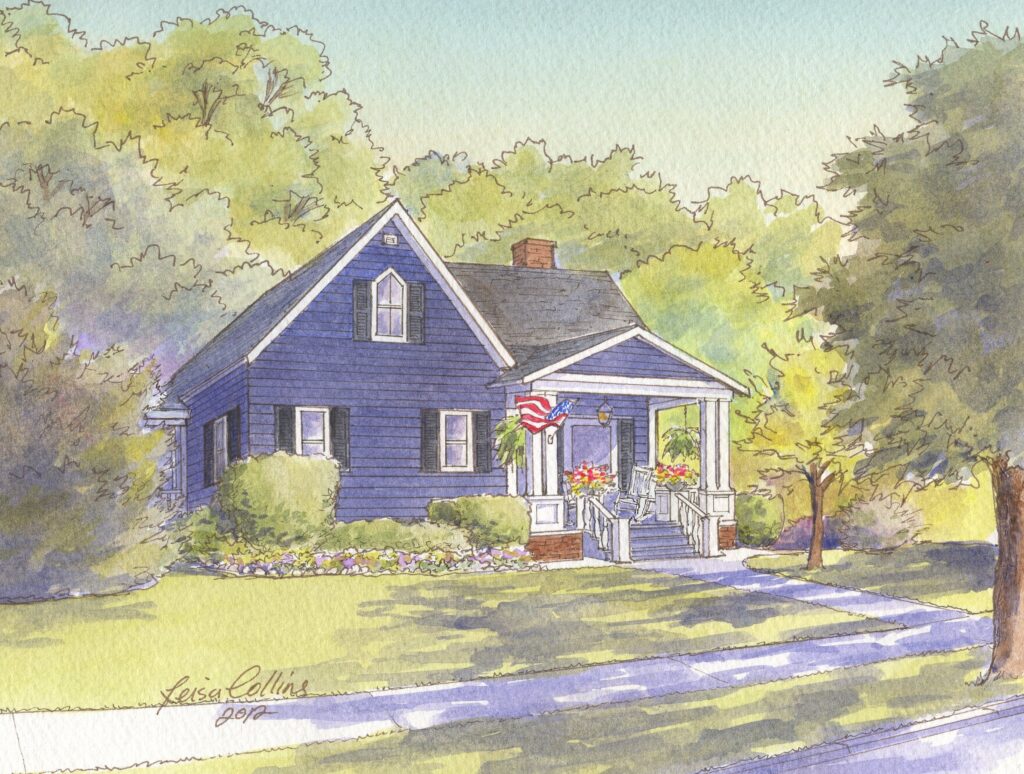 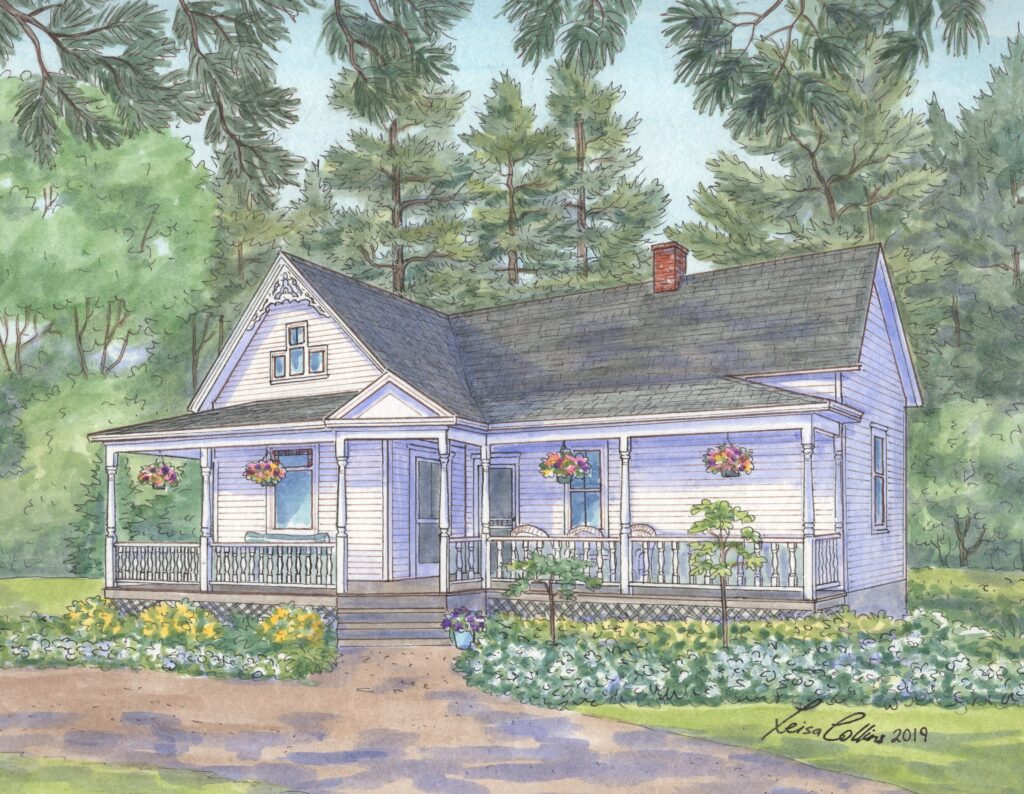 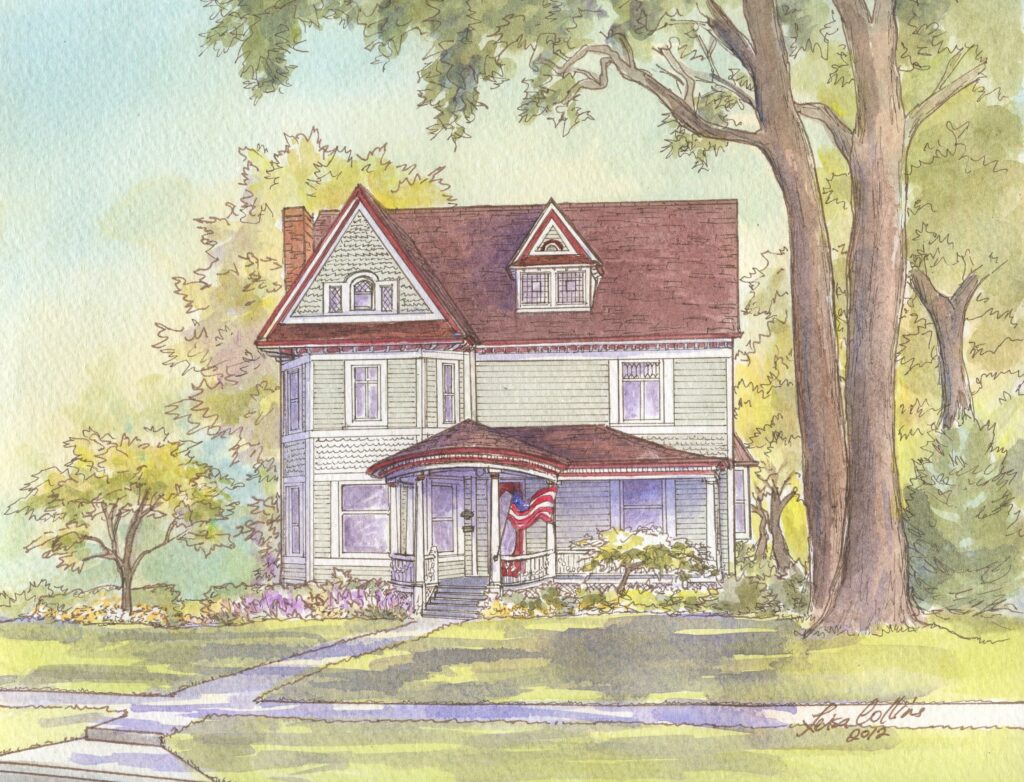 I intend to get started on my Traverse City House Portrait series shortly.

So what else do you need to know about Traverse City?   It’s the largest producer of tart cherries in the United States. Near the time of cherry harvest, the city holds an annual week-long Cherry Festival in July, attracting approximately 500,000 visitors annually.  The surrounding countryside is a grape growing area and hence it is an important  wine production center.  Tourism, both summer and winter, is another key industry. The Traverse City area features varied natural attractions, including freshwater beaches, vineyards, a National Lakeshore, downhill skiing areas, and numerous forests.  In 2009, TripAdvisor named Traverse City the number two small town travel destination in the United States. I’m not surprised!

More to come from Michigan…. Leisa