Monticello, “Little Mountain,” was home to Thomas Jefferson from 1770 to 1826. It was also the architectural masterpiece of the author of the Declaration of Independence and third president of the United States.

Renowned as one of America’s first and finest architects, Thomas Jefferson created, rebuilt, and revised the house throughout his long life.  The home reflects the personality of Jefferson, a Renaissance man and one of the Founding Fathers.

Jefferson began building Monticello in 1769 on the plantation that he inherited from his father.  Located it on top of a hill, the original eight-room main house was still incomplete in the 1780s.  Regardless, the sophistication of Jefferson’s design impressed European visitors.  Closely following the designs of Renaissance architect, Andrea Palladio, amazingly, Jefferson knew architecture only through books.In 1796, Jefferson began a renovation of Monticello which he finished in 1809. The original eight room Palladian villa, with its tall two-story portico, was transformed into a 21-room house designed in the fashionable Neoclassical style. 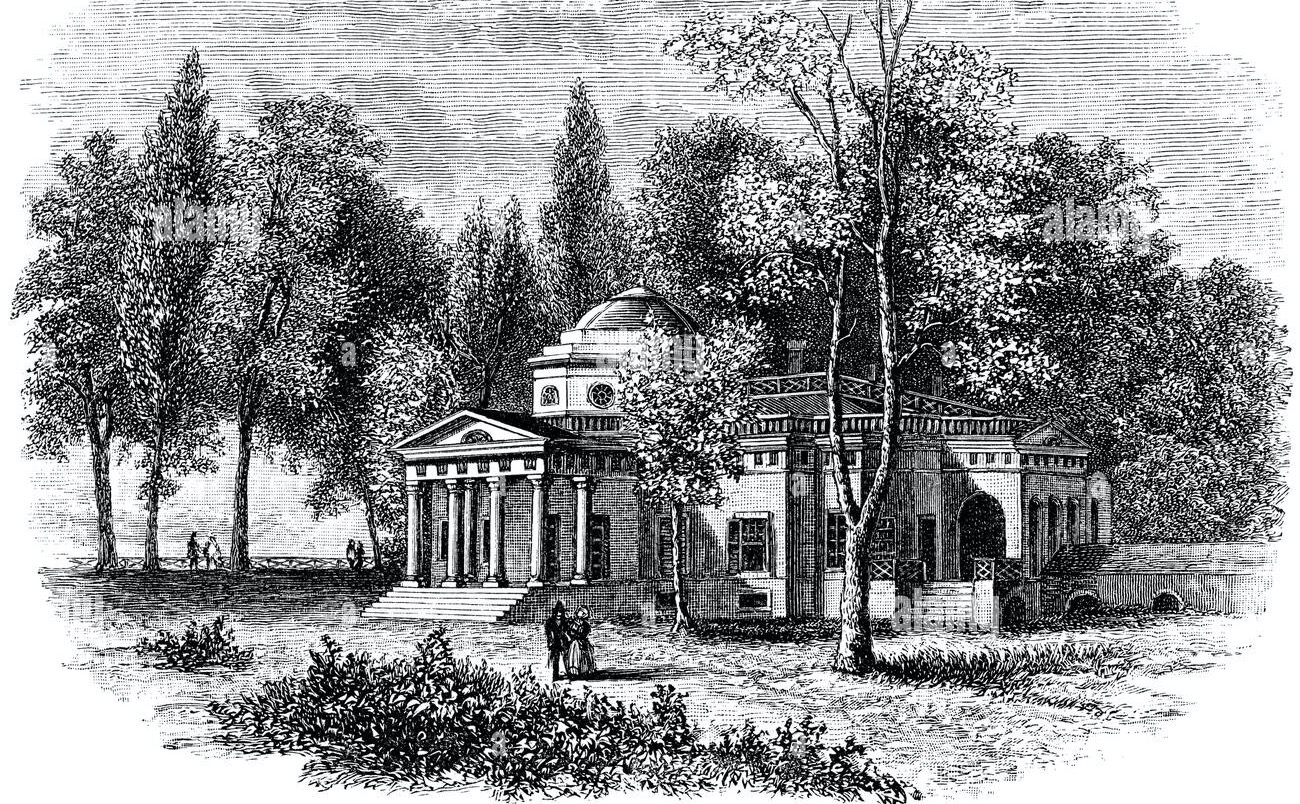 The Interior of Monticello

In addition to lavish dining and living areas in Monticello, where Jefferson would entertain guests, the interior featured many examples of Jefferson’s inventive ingenuity, including disappearing beds, dumbwaiters, unique lighting and ventilation, folding doors, a duplicate-writing machine, bookshelves that become storage boxes, and a clock, which still runs by a series of weights and pulleys today.  He also built a “ballroom” under the dome.  The house was the center-point of a U-shaped plan that included two sunken, terrace-covered service wings set into the hillside.

An avid horticulturist, Jefferson created the gardens at Monticello, which were not only a botanic showpiece, but a source of food. There was also an experimental laboratory of ornamental and useful plants from around the world. 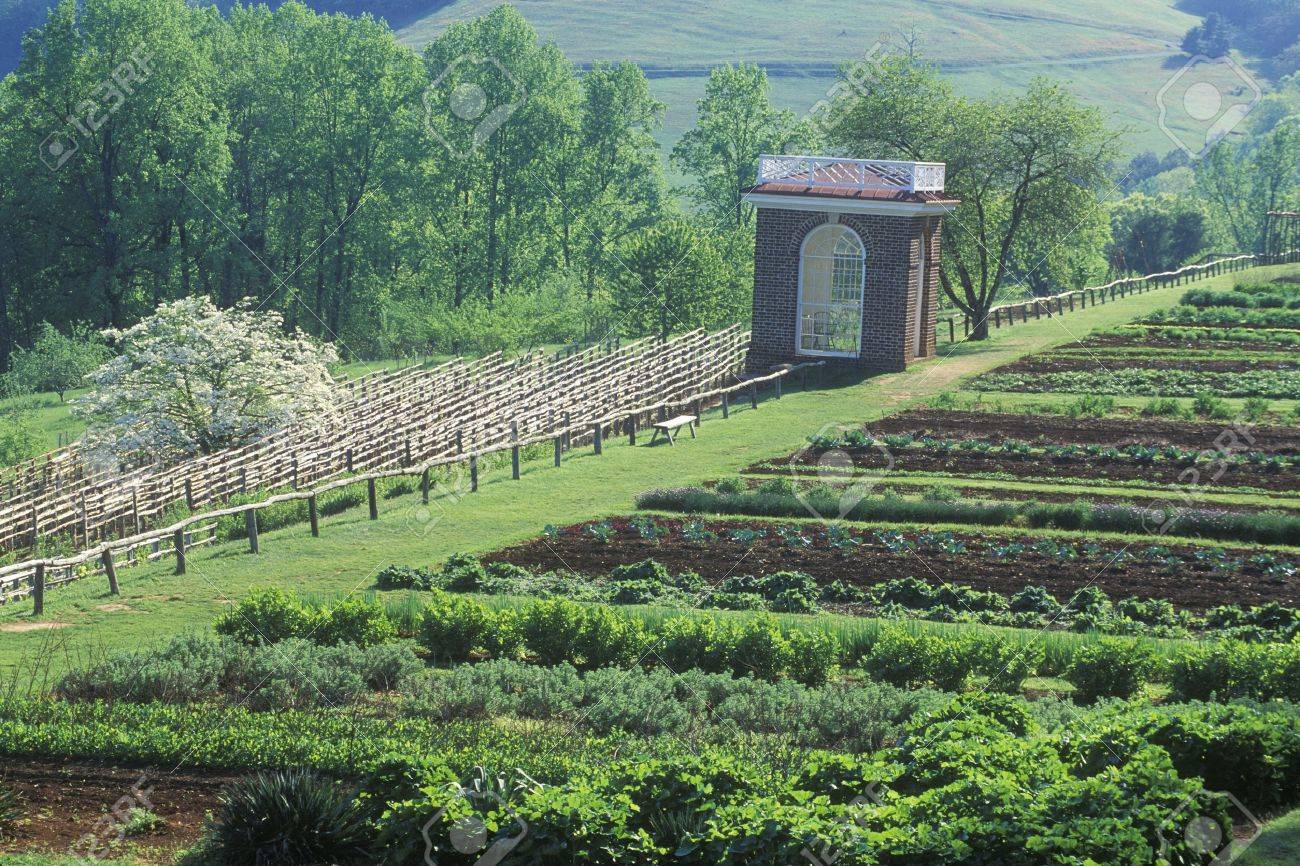 Jefferson spent most of his retirement at Monticello writing and pursuing his political interests until his death in 1826.

In 1831, Jefferson’s only surviving child sold Monticello and 550 acres of land for $7,000.  Uriah Levy, a wealthy Jewish-American who admired Jefferson for his commitment to freedom of religion, purchased the neglected property three years later.

He renovated the house and kept it and the grounds in good condition until his death in 1858. His 27-year old nephew, Jefferson Levy, acquired full possession of the property in 1879 opened it to the public. In 1923, he sold Monticello and 650 acres to the Thomas Jefferson Memorial Foundation.

The Foundation meticulously restored the house, grounds, and working plantation landscape to mirror their appearance to when Jefferson lived there. 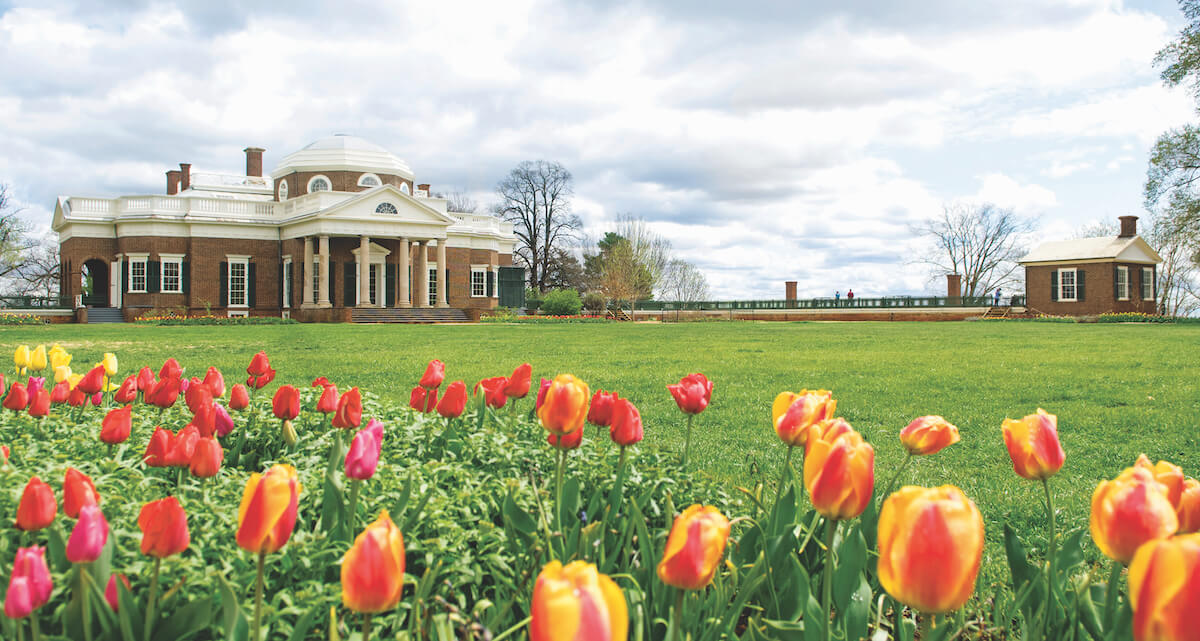 The Foundation now operates Monticello as a house museum and education institution which is open to the public. Monticello contains a great number of its original items, enabling visitors to gain a unique insight into the life and character of this multi-faceted man.

I trust you enjoyed this brief tour of Monticello.