Did you know there are 700,000 sea cargo containers sitting empty and unused in America and more than 3 million worldwide?

Today we see a world that is in dire need of adequate housing for millions of people.  Why not repurpose rather than discarding and buying new.

Below is a new four-unit apartment building in Washington DC – a first in the area. Checking out the finished product in these photos from the Washington Business Journal, you’d think the finished units were on the higher-end, cost-wise. Architect Travis Price, however, is quick to disspell that idea. “It was just building with steel, glass and wood,” Price said, in an interview. “That’s what people are paying high numbers for, and we’re making it affordable for everybody (with these containers).” 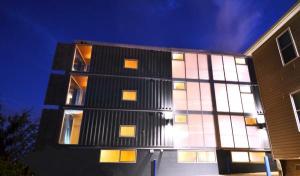 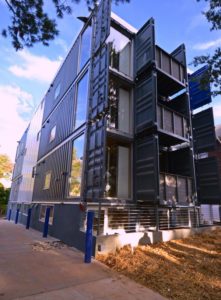 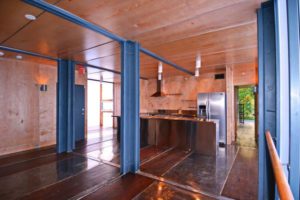 Another Travis Price project was completed last summer in the state of Washington where 18 water-tight steel containers were used to construct an innovative and modern looking apartment building to house college students. The low-cost housing is also energy efficient.

Price further stated that the meshing of economic and ecologic demands with quick turn-around time make this idea one that has the potential to be used in a variety of locations, in various sizes and price points. He further said the idea of using the sea containers has been around since the 1960’s, but the growing numbers of extra containers in port city warehouses makes using them as a renewable resource timely.