As is well known, my husband Bruce and I have lived in all parts of the United States.  In fact in 2017 we moved to St. Louis for a few months, and while we loved it there we decided that Florida would be a better choice. So off we went. How wrong we were and the grand old city of St. Louis –with its myriad of art, history and cultural diversity– called us back.

So it’s now official and to prove it, we have even purchased a beautiful 1911 home in Benton Park, one of the most historic neighborhoods in the city.

Strangely, almost every time we announce the fact we have moved to St. Louis — even to locals — their first response is, “Really?” and their next response is “Why?”  The locals usually quickly recover however and blurt out how much they love their city and all its quirks; and how happy they are to see some inbound traffic for a change. What’s more, they mean it.

From one who loves architecture in all states and forms, I like the natural, almost organic urban grit of St. Louis. I’d take that any day over the politically managed and massaged variety that I have seen in so many other cities across the USA.

Of course we could have chosen a more historically “maintained” city, such as some of our other homes, Old Town Alexandria  VA and South Pasadena CA, but somehow this just adds to the allure of St. Louis.  You never know what you are going to find just around the corner,  from one street to another.

To say St. Louis is a city of contrasts is an understatement. In the course of a few miles one can see architectural grandeur and manicured gardens such as this home  (probably just as it was at the time of the famous international World Fair that St Louis hosted in 1904) . . . 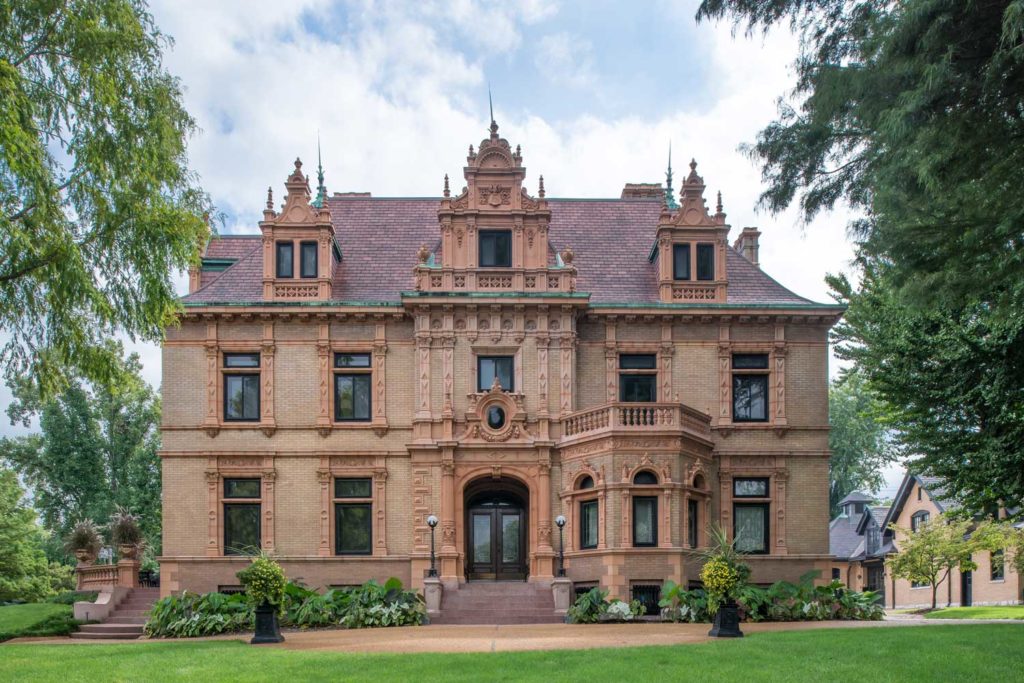 and then find oneself in a semi-wasteland of abandoned and boarded up but beautiful brick buildings.

Often mixed within these blighted areas are  pockets of renovation, flair and restoration excellence. And in that same setting, every few corner blocks a cool coffee shop, restaurant or Irish pub is likely to appear,  often crowded with people.

This is our new house. We have only been here for a few days and we are currently in the stage of unburying ourselves from all the boxes of stuff while we are starting to look for new furniture. I love my new studio space. It has an abundance of light and once it is all put together I will share photos with you.

Just down the road from our home is Benton Park, which was established in 1858. 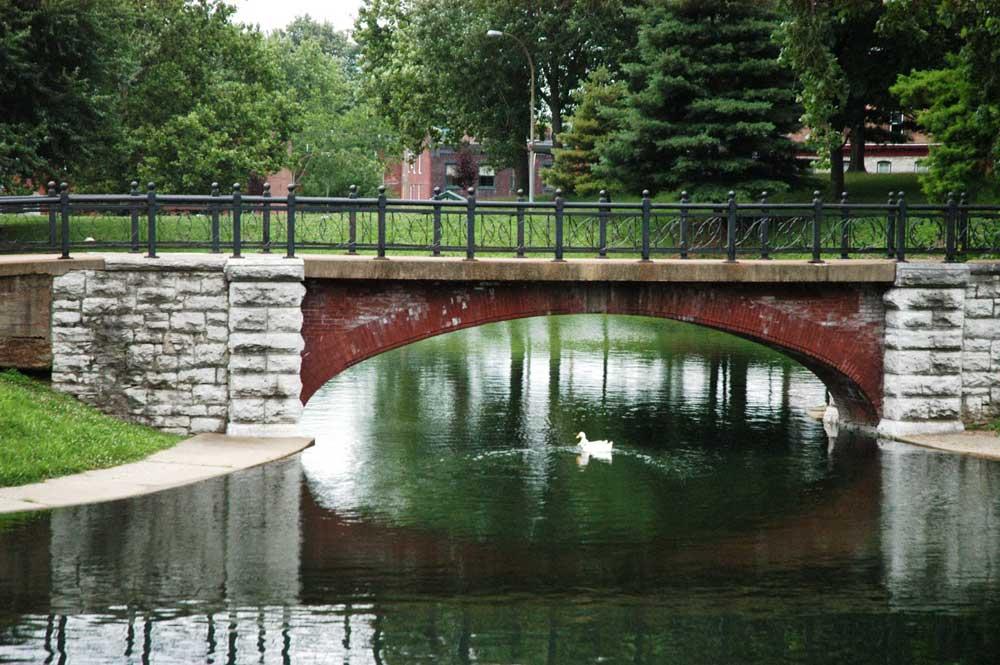 I plan on creating a series of urban paintings that architecturally represent the city of St. Louis. The Benton Park neighborhood is home to the former Lemp Brewery and I will be doing a painting of that as well. Besides the coffee houses, restaurants, urban gardens and markets, there is also an abundance of music and art events which St. Louis is famous for.

In summary, St. Louis has a thriving art scene, great coffee houses and is a foodie heaven with the best array of restaurants I have ever seen in one place.  The city has a staggering 108 parks that cover nearly 3000 acres,  (hence it is called the “City of Parks”), hundreds of urban garden projects and community gardens,  walking and biking trails galore and quaint historic cities that surround St. Louis which rival Old Town Alexandria, VA. Charleston SC and others. Furthermore mid-west Americans remind me of my homeland, of New Zealand. They are super friendly, yet direct and down to earth — no time for airs and graces. We can deal with that!

In short, St. Louis for us is all about opportunity and possibility. It has everything that all big cities in America have and more, but there is an edge;  an attitude and those that live here are all about protecting their cultural and architectural heritage and they are not about to give up or take no for an answer. Many are working tirelessly to improve social issues and reverse the decay in this city. They want to see an end to urban blight and have a pioneer spirit that cannot be broken.

Perhaps it is that spirit that called us back, compelling us to leave the confines of comfort and add our shoulders to the wheel and help with these revitalization efforts! 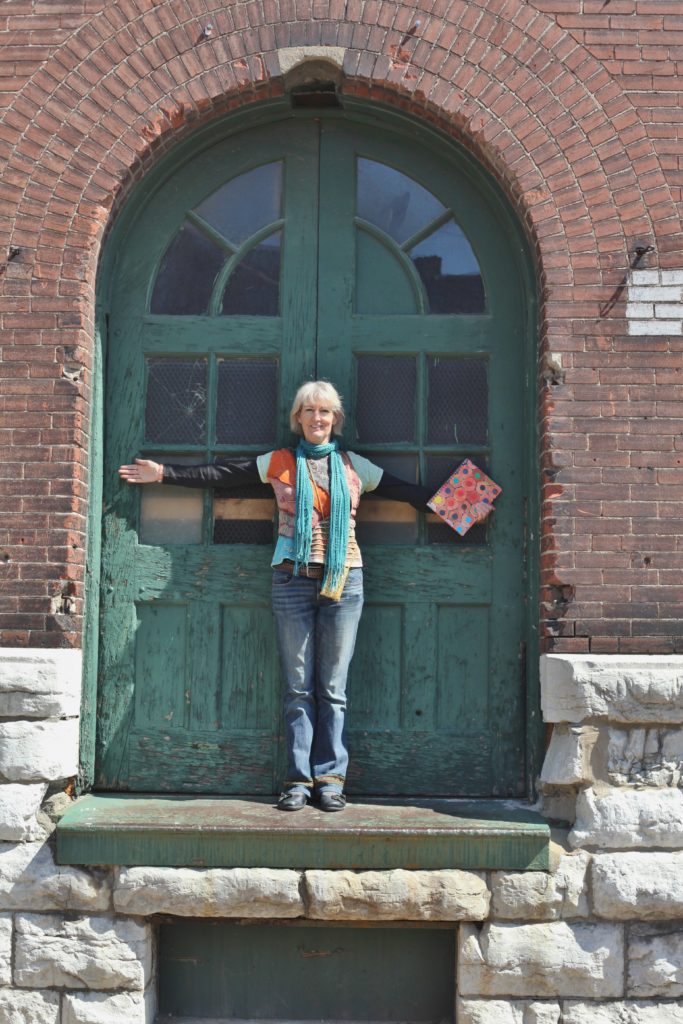