Portrait of a home  – from decayed abandonment to a brand  new life!

My 10th award goes to . . .  Ray Simon and Mel Pashea of St. Louis for their stellar actions to save and fully restore two pre-Civil War cottages that had been abandoned for over a decade.

Ray Simon, an architect and noted rehabber in Benton Park, had the vision to rescue the two crumbling relics on Missouri Ave. Together with partner Mel, they transformed the fading structures into what is often described as one of the coolest properties in the neighborhood. 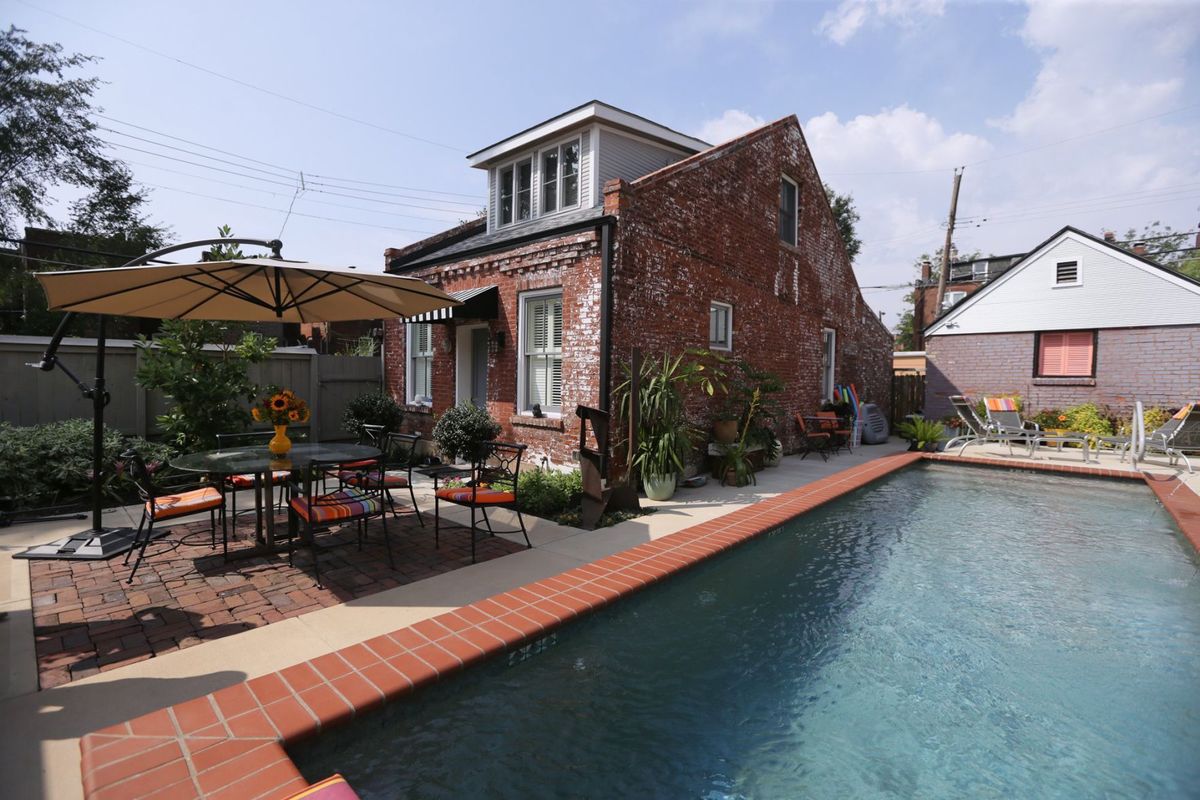 I was honored to have St Louis Ninth Ward Alderman Dan Guenther speak to the gathering of friends and neighbors and relate stories where he has personally witnessed the impact that Ray Simon has had on historic preservation within this community.

The award, an original pen and watercolor painting  of Ray and Mel’s restored project, was unveiled and presented accompanied by enthusiastic applause from friends and neighbors.

It’s hard to believe that this is my tenth award since I started my historic recognition in 2013 as a way to give back to individuals within the community who have “saved, preserved, restored or brought back to life a historic structure, thereby historically enriching their city, town or local community.”

I have found that St. Louis is a community that truly appreciates their rich cultural history and treasured architectural landmarks. And this is despite there being a total of 25,000 abandoned buildings in this area and the daunting problem of how to save all these decaying historic beauties.

Following the presentation, guests were treated to tours and enjoyed refreshments in the enclosed courtyard with it’s saltwater-filled swimming pool. Ray’s plan for the property from the beginning was to create a space that utilized the outdoor environment to unify the two buildings. The renovation took 18 months.

No stranger to dilapidated buildings, Ray has won multiple “Most Enhanced Awards” from the Landmarks Association of St. Louis. He also holds a prominent place among the special breed of fearless and possibly crazy rehabbers who keep buildings like this from becoming vacant lots. 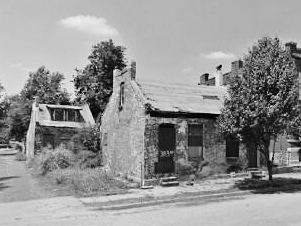 Clearly visible on the 1875 Compton and Dry birdseye map of St. Louis, the two buildings at 3339 Missouri bear many of the hallmarks of what has been termed the Missouri German Vernacular Classical Style. These homes predate most of the existing buildings in Benton Park and, when constructed, they were in an area that was in a transitional zone between the city of St. Louis and the farms and dairies that supported it.

Abandoned and forlorn,, the homes sat decaying for over a decade before their rescue.

And now for a peak inside.  These photos were published in the St. Louis Post Dispatch in a recent story about Ray and Mel.

I hope you have you have enjoyed this happy-ever-after story of 3339 Missouri Avenue.  I would love to see this transformation occur with the thousands of other abandoned historic buildings in St. Louis!  However change never happens by simply focusing on the negative. By highlighting this success story my hope is that it gives inspiration to others.

Here’s to historic preservation and saving cultural treasures … where ever they exist!

Read more about the event in this article from The St. Louis Post-Dispatch!