Friends and family gathered at the cafe for this award presentation.  My awardees were the three co-owners of the popular Busters Ice-cream and Coffee in South Pasadena, Renee and Colette Richards and Monica Barry. On hand were Mayor Robert Joe and members of the extended Richards family, including matriarch Clara Richards and  the son of co-owner Monica Barry, Amedee Barry, whose nick-name Buster inspired the cafe’s name.

This award, an original painting of Buster’s corner,  is my seventh award and the second that I have presented in California.  I instituted the Leisa Collins Historic Preservation Award two years ago in order to give back to dedicated home owners and citizens who have set a stellar example of historic preservation through their efforts, skills or craftsmanship with regard to their historic home or building.

The three Richards’ sisters, who purchased the building 27 years ago, are wonderful examples of residents and business owners here in South Pasadena, a tight knit community that I have become so fond of.  Not only have they preserved and enhanced the rich history of their beautiful building but they have made Buster’s a popular hub in South Pasadena for both locals and visitors alike.

In days gone by the Pacific Railway ran through South Pasadena. Now that same path has become the Gold Line Metro. 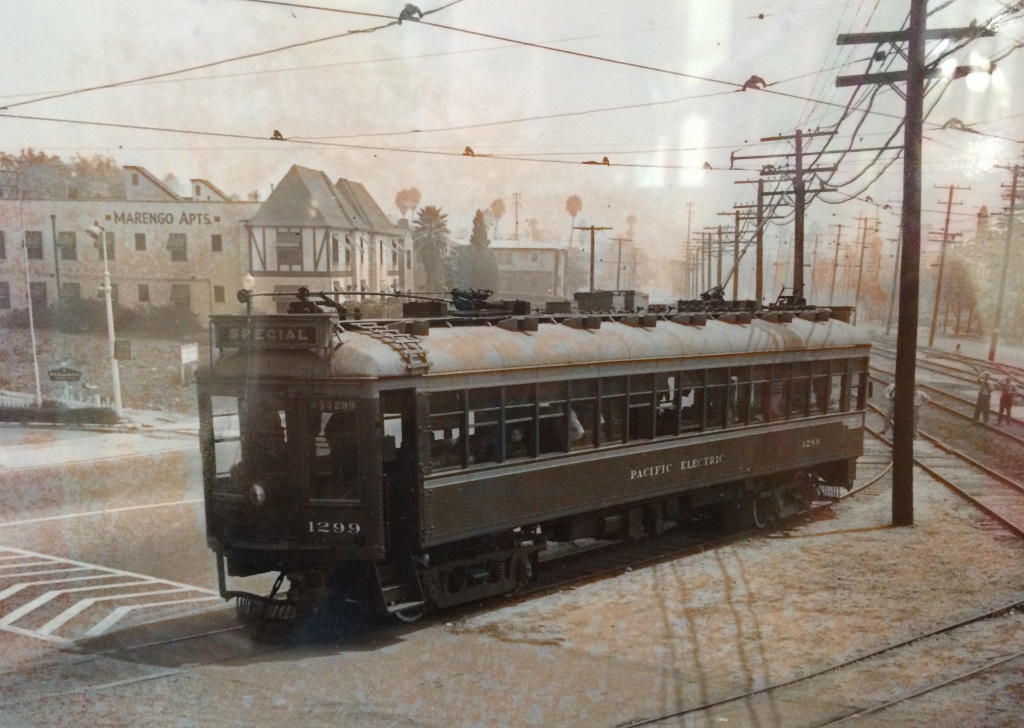 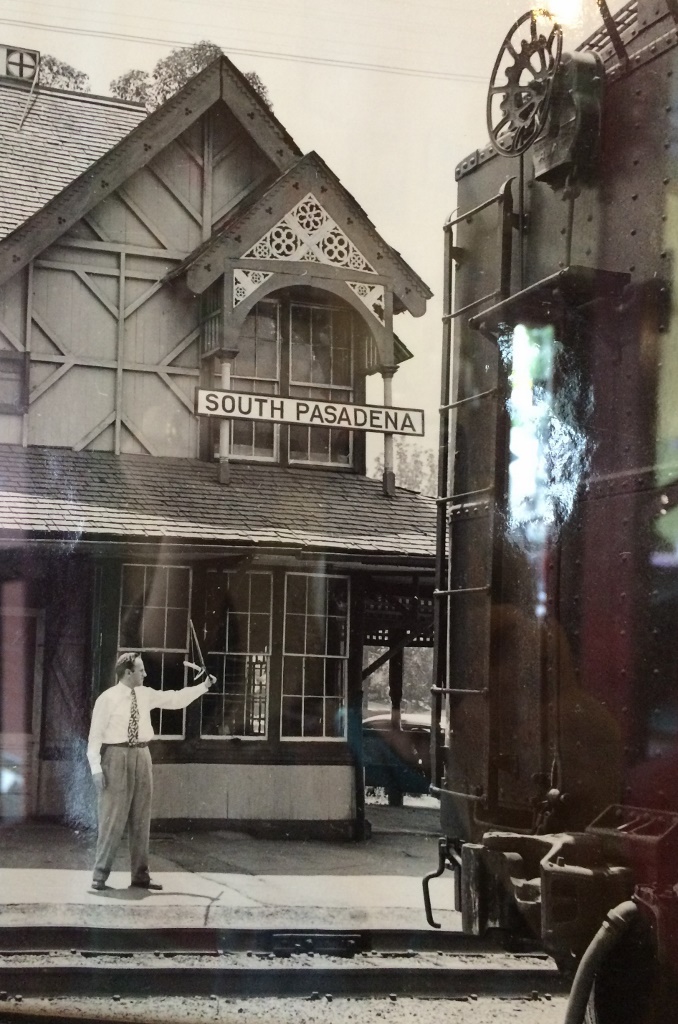 The interior of Buster’s is just as interesting as the outside view.  The colors are warm and inviting with hand painted signs and an eclectic mix of furniture.  The coffee is superb and the cafe serves light breakfast and lunch, not to mention delicious  ice cream! Better still, everything, including the pastries and cakes are made from scratch on the premises.

I snapped a few photos so you can get the full flavor of Buster’s. 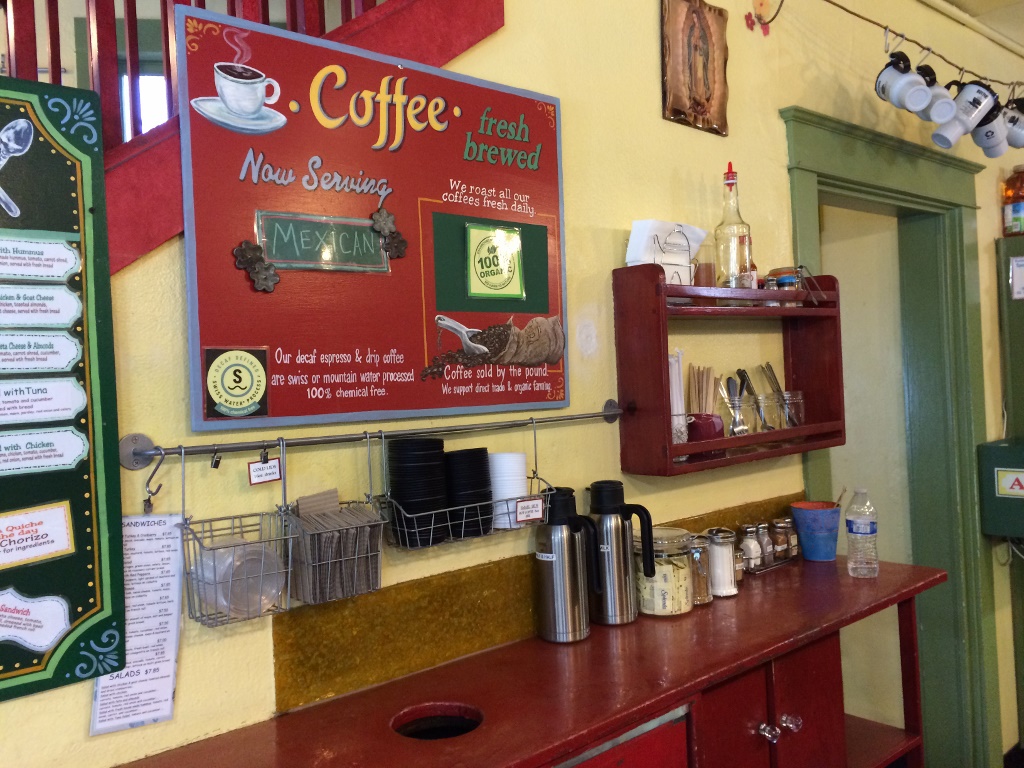 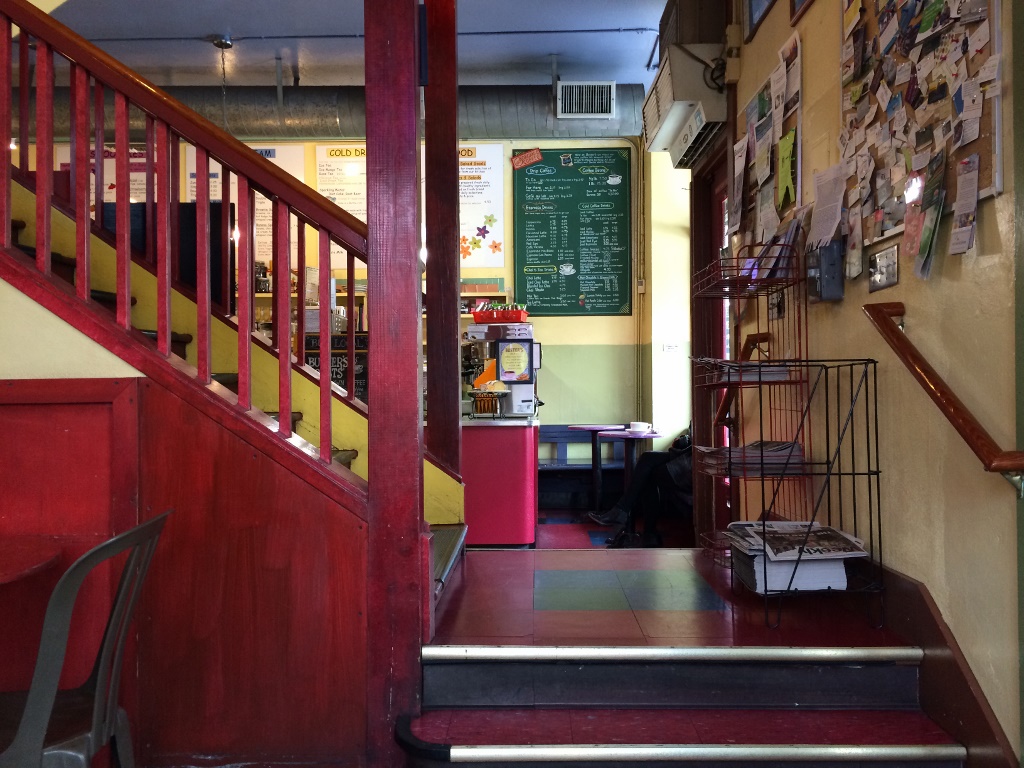 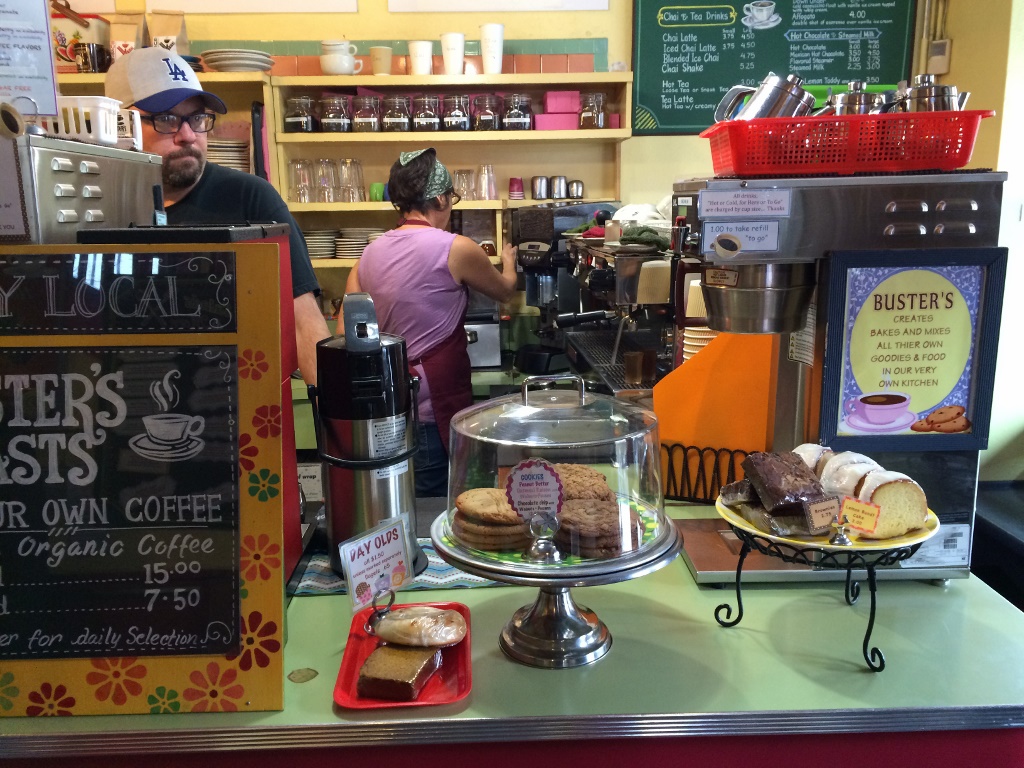 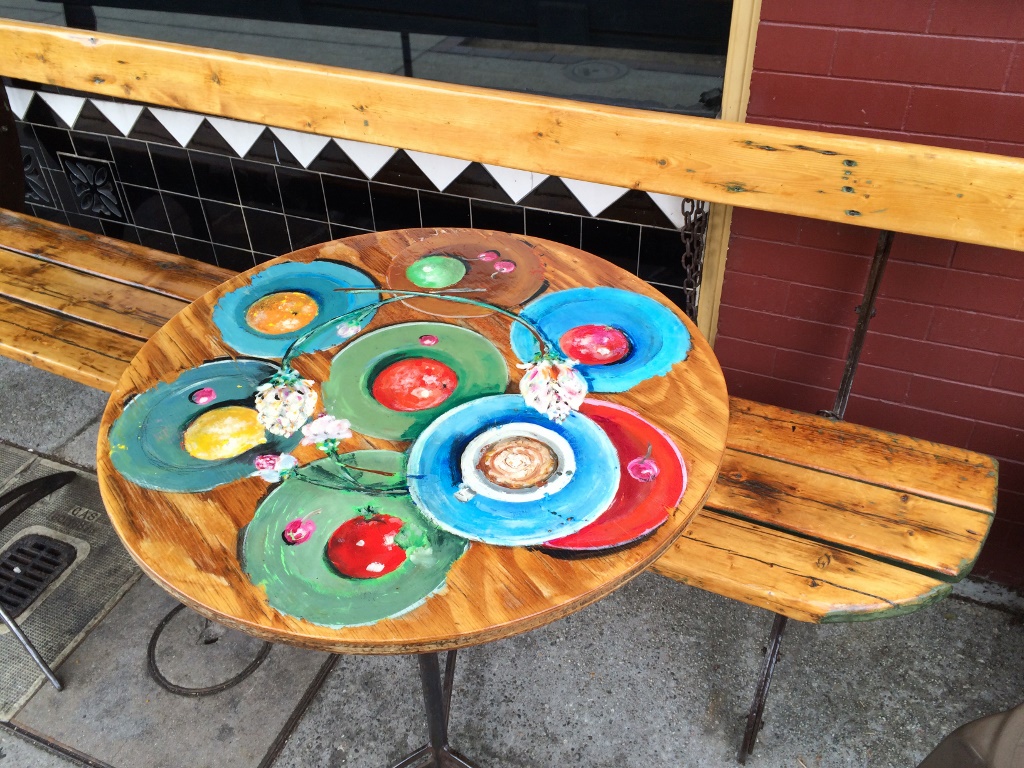 Thank you Buster’s and its owners, Renee, Colette and Monica!