The most abandoned state in the nation  . . .and the restoration of a 200-year-old stone home.

West Virginia is one of the nation’s most scenic states, known for beautiful wooded mountains and dramatic falling rivers. The state is also known for Civil War action and coal mining. It is home to grand resorts, a Cass Gilbert designed capitol and gorgeous mansions built during the late nineteenth and early twentieth century. 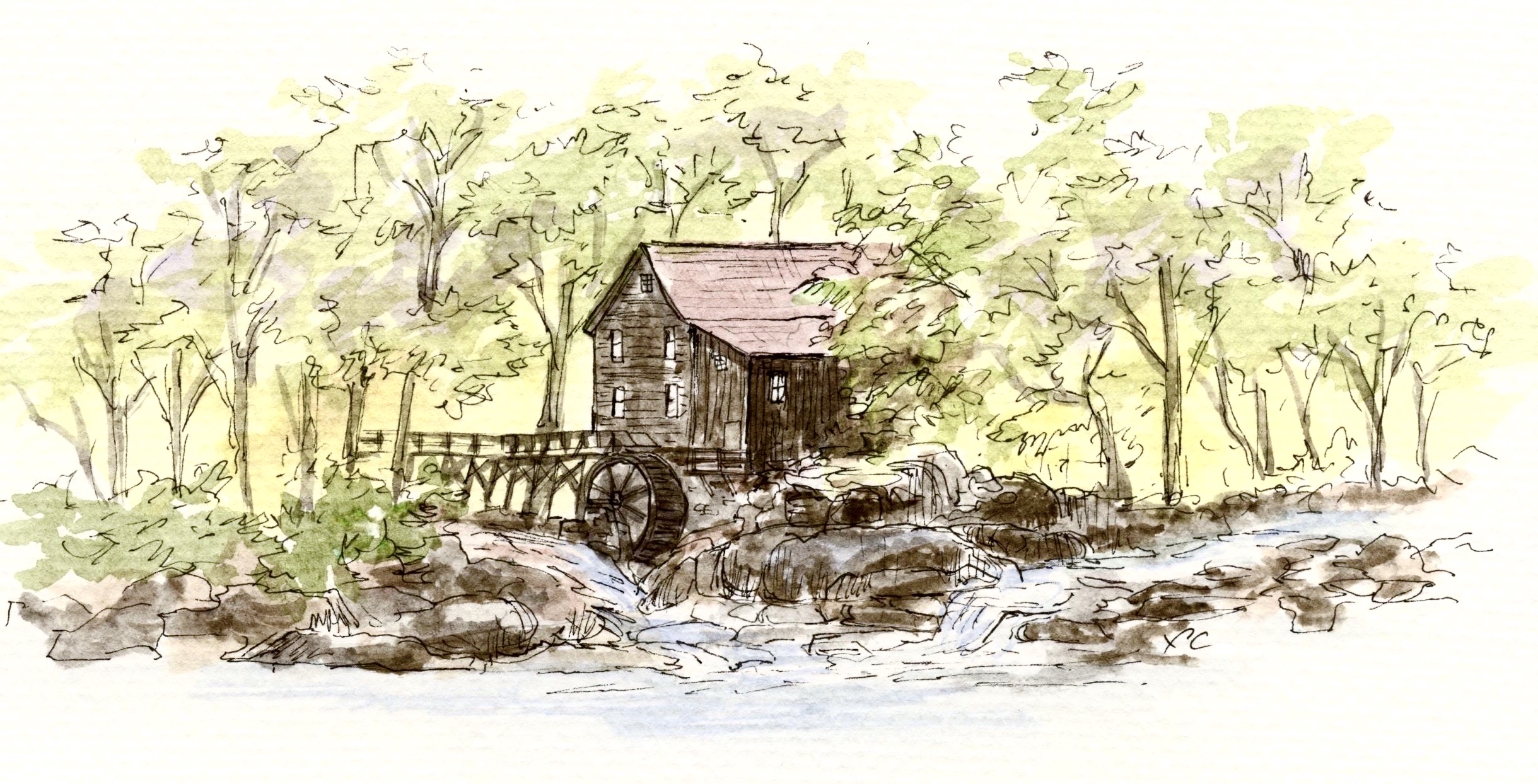 West Virginia was originally part of the Virginia Colony established by England in 1606. In 1607 the first settlement of Jamestown was formed and pioneers arrived to make their home in eastern Virginia. West Virginia, however, remained the frontier for some time and West Virginians retain that resilient pioneer spirit today.

But despite its rich history, today West Virginia has more abandoned structures than any other state in the country.  As we travelled through the rolling hills, at almost every turn we were greeted with decaying homes, stores, factories, mining plants, bridges and barns. 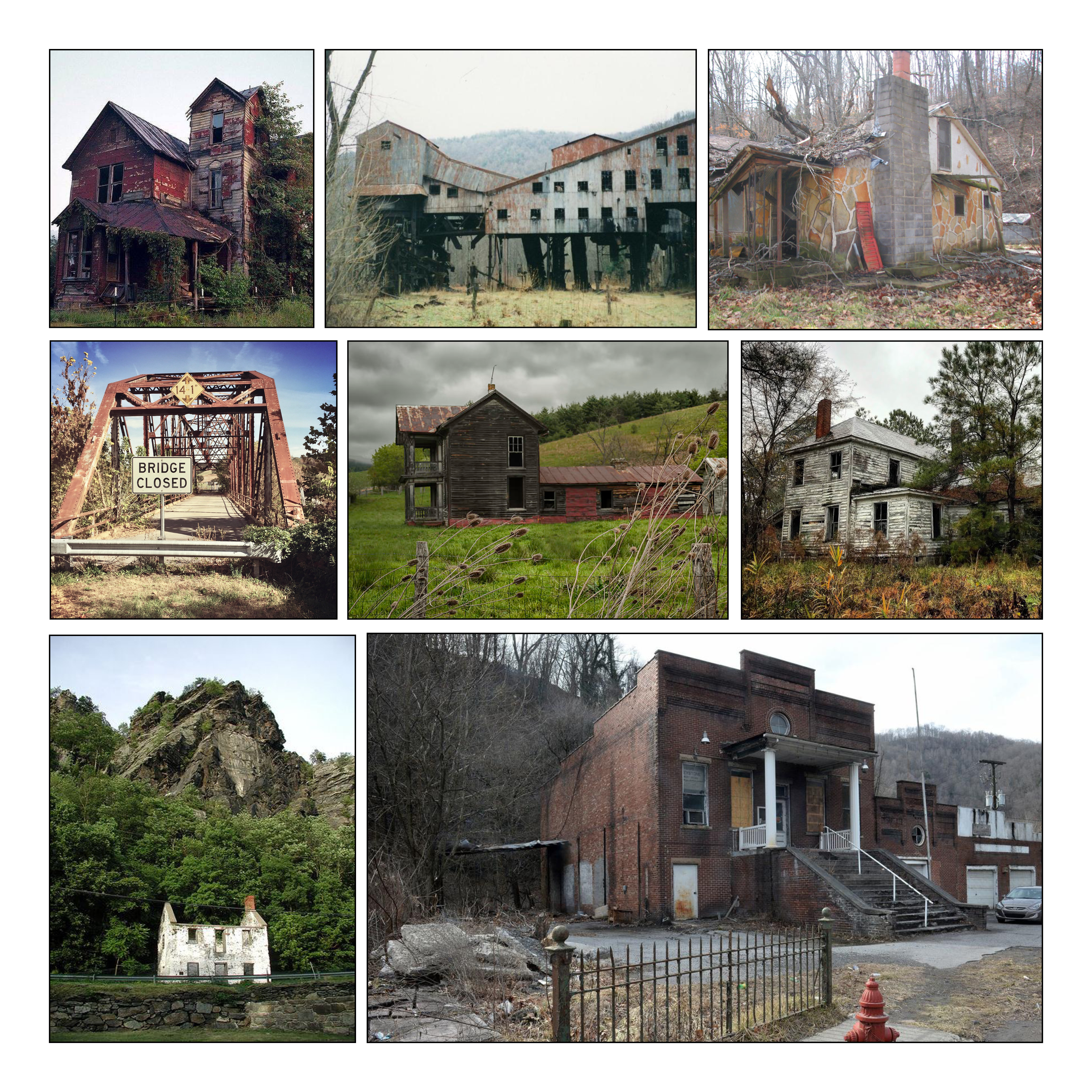 Many of us have heard about the poverty in the Appalachia region of West Virginia and today it remains one of the poorest states in the country, where one in five children struggle to access food. Despair lingers in the damp air between rolling hills which isolates towns from badly needed industry and internet access, especially in “coal country” in the southern part of the state.  Traveling through the state tells a heartbreaking story of entrenched poverty. West Virginia also has ominous national rankings of worst health, worst education levels, worst employment.

I found out that coal mine closures in the 1960s began to upend the West Virginian economy, leaving the state with a declining workforce and population for generations.  Promises by lawmakers that coal would make a comeback, unfortunately didn’t pan out.

Still, I thought, that can’t be all there is to this story.  I decided to talk to people who live there and find out more.

As we drove along winding country roads, with mountains hovering over us, I noticed little developments in the mountain hollows. Small settlements that feature a dozen or two trailers or modest homes.  I could see roosters running around, little old country churches, rusted-out vehicles and people sitting on their porches.  Everyone I met was  laid back and very friendly.  Many of these areas don’t get Wifi but these locals don’t care. In fact they love the remoteness, the mountain life,  and relying on the land. Many have turned their back on the stress and noise of cities as well as the digital era.  I had admit, I could see the appeal. 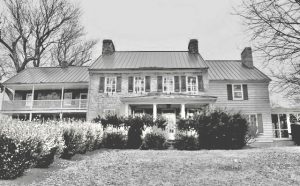 And while historic preservation is lagging in West Virginia, there is also good news and many innovative individuals who are taking it upon themselves to bring tired old buildings back to life.

The story of this 200-year-old home that my client shared with me, is a great example of this.  The home is situated in Berkeley County, was one of the earliest areas settled in West Virginia which was founded in 1772. Located in the Shenandoah Valley in the Eastern Panhandle region, the fertile area was ideal for farming and growing crops.

Tucked away in the rolling woodland hills of northern Berkeley County is the small town of Hedgesville. Named after a prominent local family, it was originally settled by William Snodgrass who arrived in the American colonies in 1700.

In 1815 the impressive stone farmhouse below was built as a family homestead on a large expanse of farmland in Hedgesville. The farm remained in the same family for generations. However, by 2015 the 12-room home, accompanying cottage and farm structures had fallen into disrepair as can be seen from the “before” photo.  A descendent of the original family rescued the property from foreclosure and together with her husband they took on the massive project to restore the property to its original beauty. The final result is spectacular —  both inside and out. I was honored to be asked to capture the rich history of this home in pen and watercolor.

I hope you have enjoyed this little taste of West Virginia.