When I ventured into San Antonio for the first time while touring Texas I was pleasantly surprised at the sheer diversity and impressive array of house portrait styles. I guess I was expecting to see many more Spanish style homes but I found that the Greater San Antonio area has it all!

In studying up more, I learned that architecture in San Antonio comes from a wide variety of sources. While it is true that many of the city’s homes reflect Texas’ Spanish and Mexican roots; with some influence from French builders, rapid growth in the city since the mid twentieth century has led to a fairly wide variety of interesting contemporary architectural buildings as well.  San Antonio is the 7th largest city in the U.S. and the 2nd largest in Texas and still it continues to grow.   The city also has some really cool historic neighborhoods where I spent a lot of my time.  Not to mention hip coffee houses and yummy food.

While there I took lots of photos and did some quick sketches as well. . .

Homes in King William Historic District – Before and After

One of the first areas I spent time in was the King William Historic District and I found a street there that had some really charming subjects!  I ended up selecting three Victorian cottages on this one street and discovered that two of them (below) — they are side by side — are owned by the same person!  The owner is an artist and uses one of the homes as her studio. It was the aesthetic and artistic touches that were added to these beautifully restored homes that drew me to them. The owner also shared with me what the homes looked like BEFORE she brought them back to life. Good material for my coffee table book!

This is another elegant Queen Ann – Victorian from around the same era in this district.

According to an article in My San Antonio , it claims that the King William Historic District is one of the coolest place in San Antonio due to its “majestic homes, romantic restaurants and friendly watering holes.  That did not surprise me.

And per a ranking by Thrillist, an on-line site devoted to good food and entertainment, it describes King Williams as the “most beautiful historic neighborhood” in Texas.  Citing its Greek revival, Victorian and Italianate architecture, the website ranks the district, just south of downtown, as the 11th-prettiest neighborhood in the country,

And then there is the city of Alamo Heights which has a charm all of it own. This was my first portrait in this area. It’s a unique Tudor what is quite a contrast to these other homes. The cool Hobbit door and inviting patio attracted me to this subject.

I discovered that there is no such thing as tract builders in this Alamo Heights area of quiet tree-lined streets.  Many of the homes were built in the early 20th century, meaning that they differ significantly from home to home. They range from small, charming cottages, to large Mediterranean manors> Many of the homes have been either newly constructed or lovingly restored.  I went on to create more Alamo Heights paintings, as you can see further down.

I moved onto other districts.  Another favorite proved to be Terrell Hills which has historic homes as well as a broad mix of interesting ranch and mid-century modern style in more of a wooded environment. Like this one below.

Here are most of the remaining home in my greater San Antonio house portrait series, broken down in architectural styles to show the diversity and breath of the stunning homes in this city: 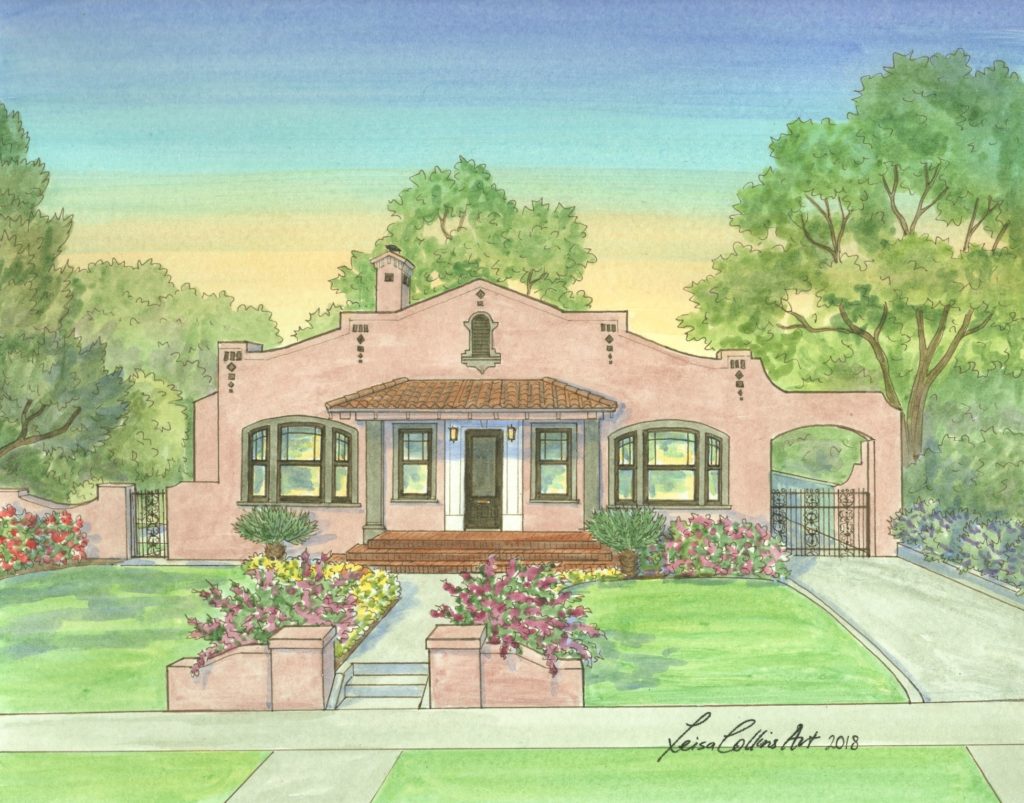 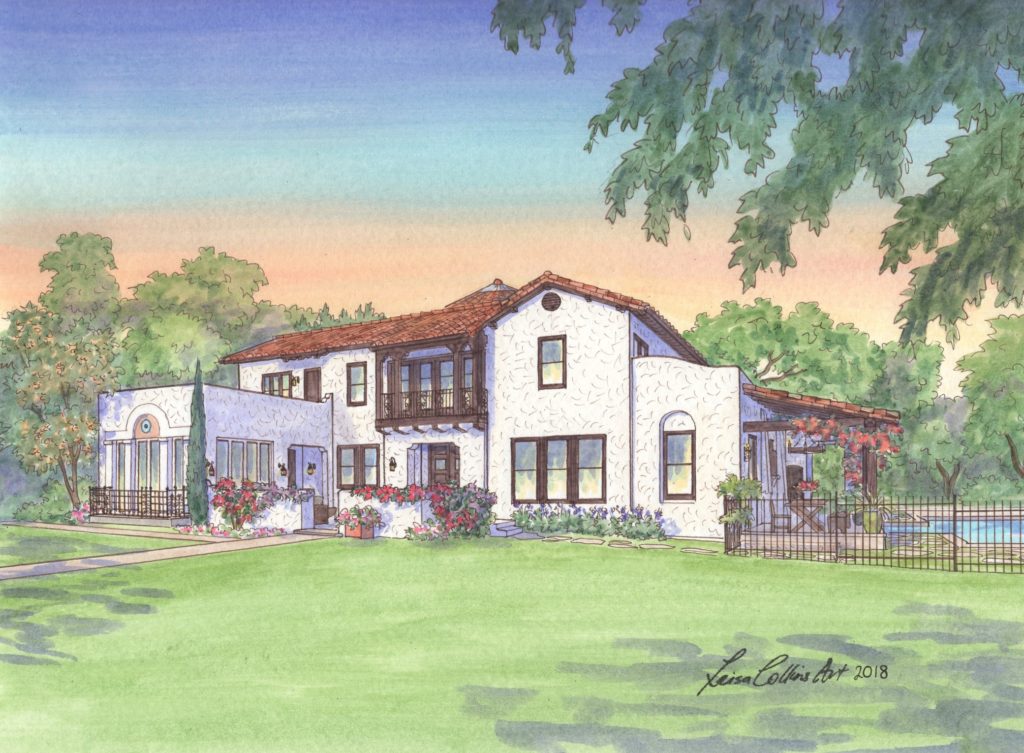 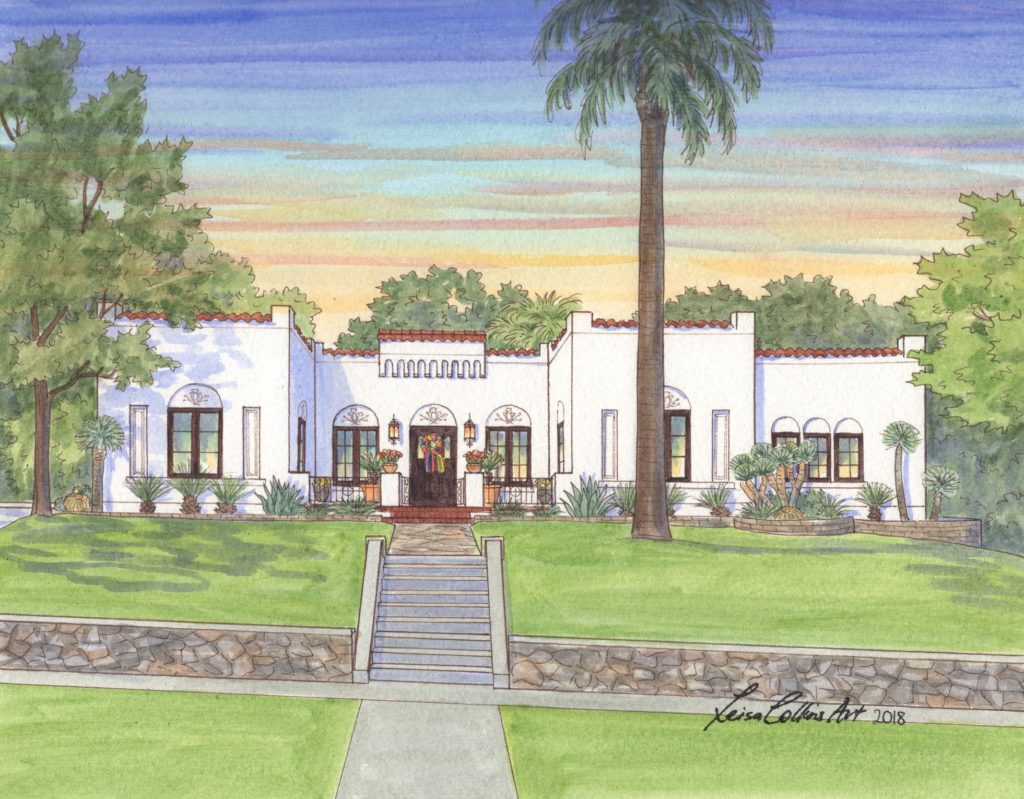 If you love Spanish homes, here is my Spanish Homes Gallery on my website to browse through. 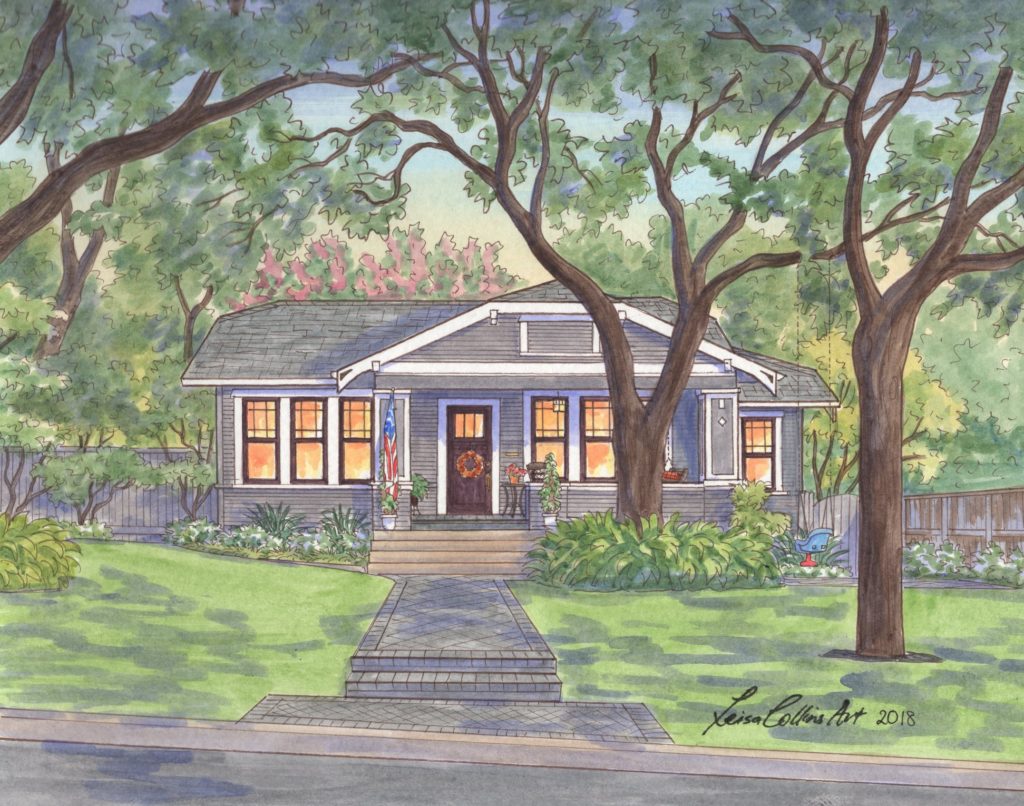 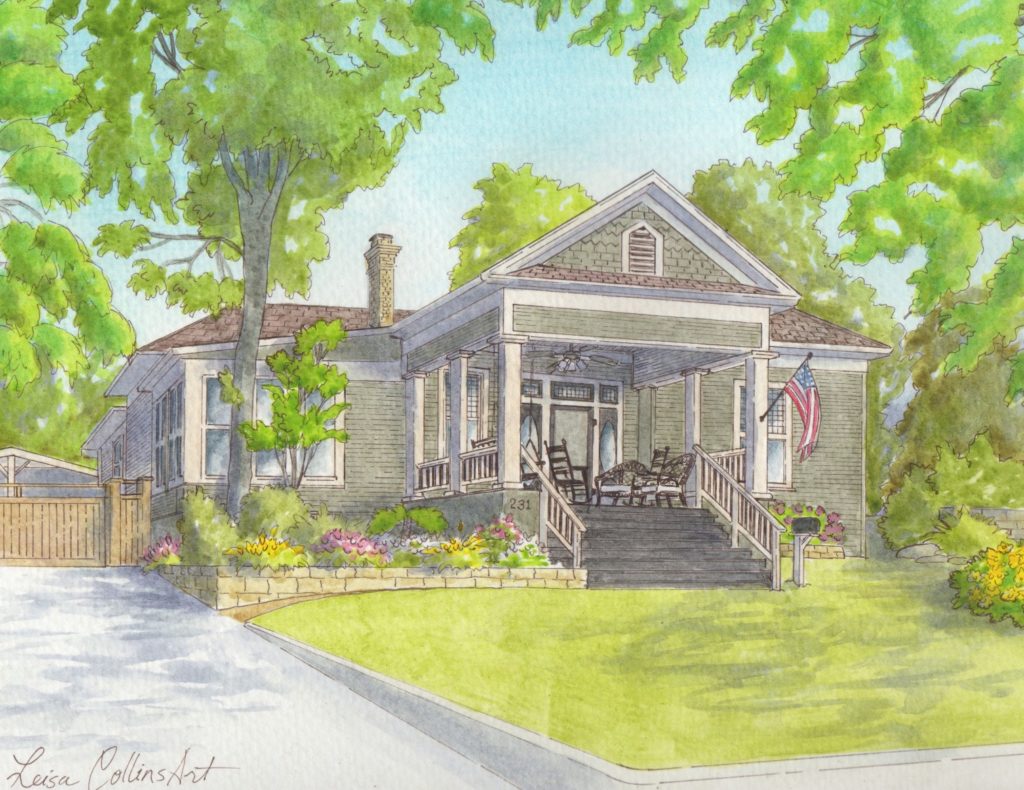 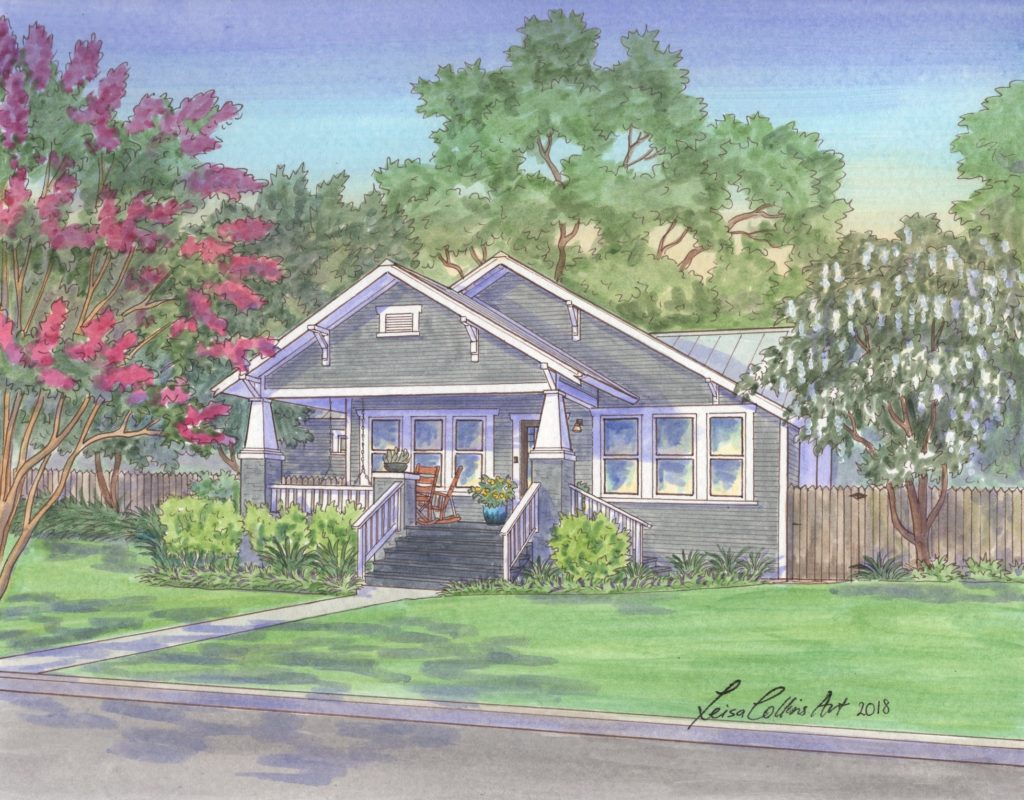 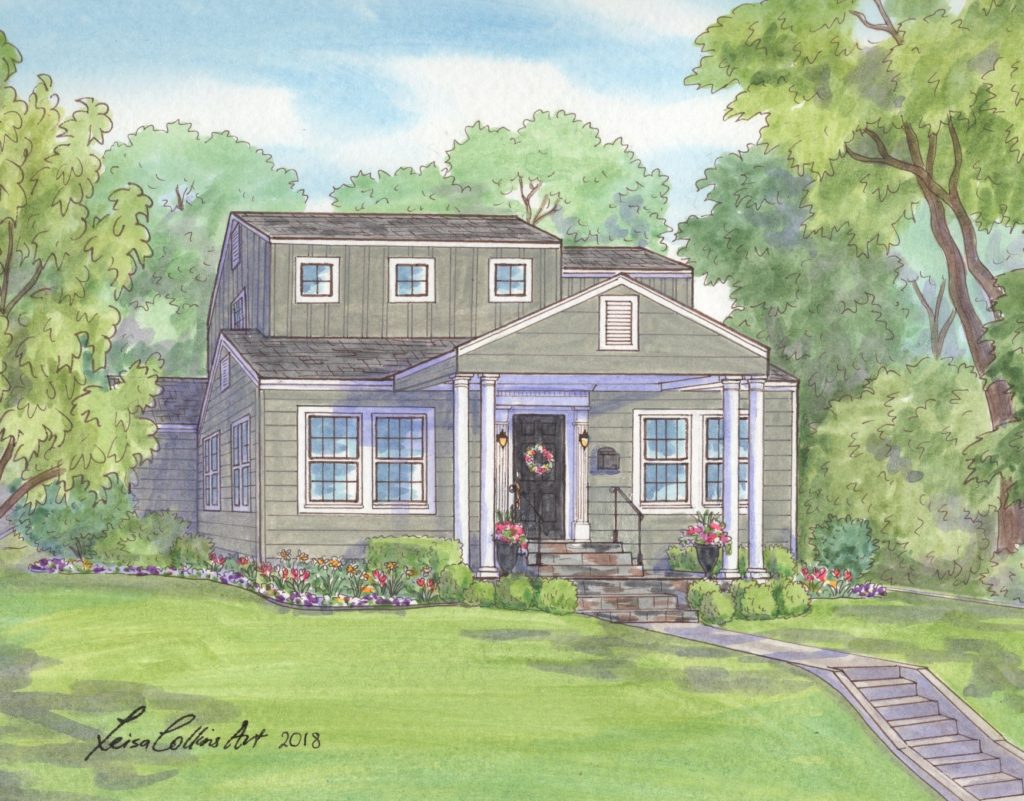 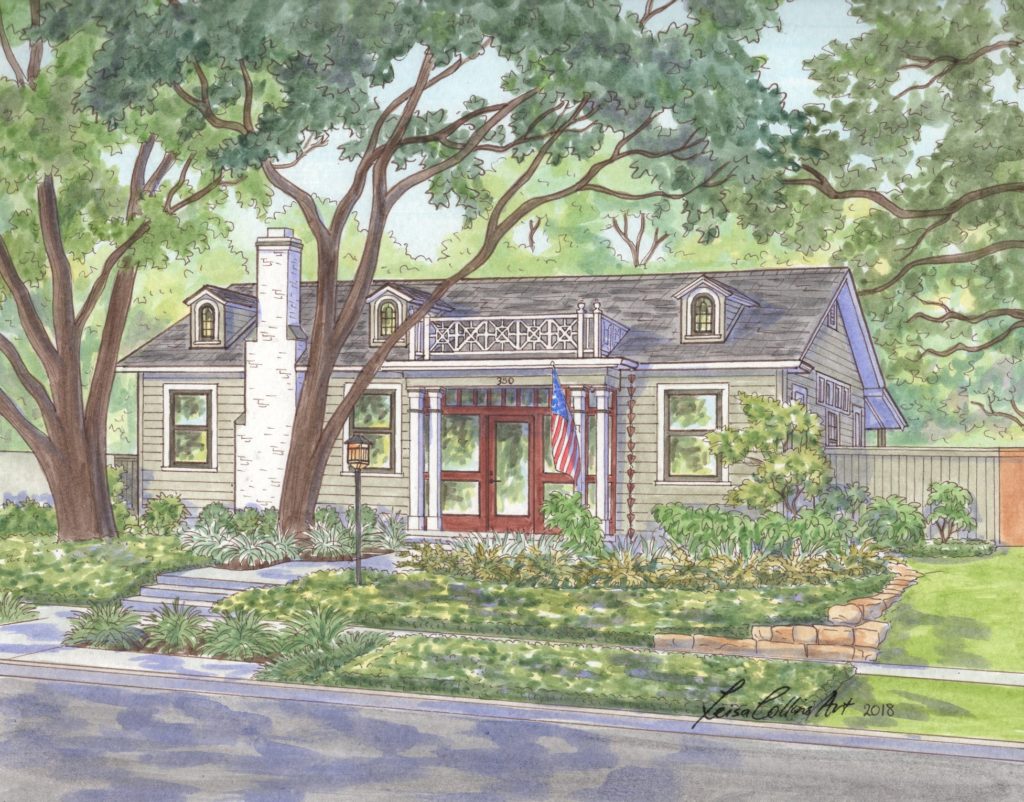 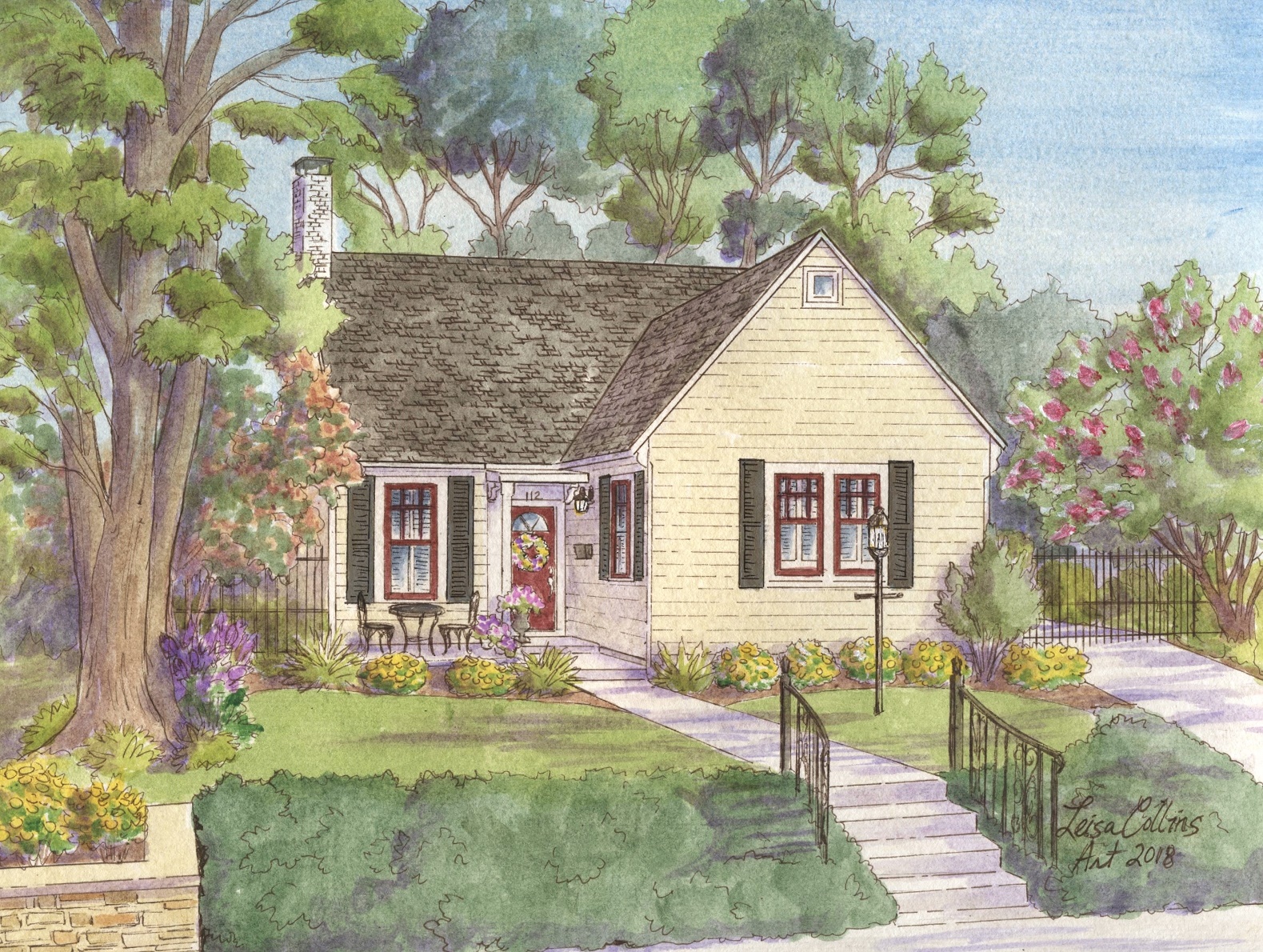 If you are a fan of Craftsman homes, here is my Craftsman Homes Gallery on my website to browse through. 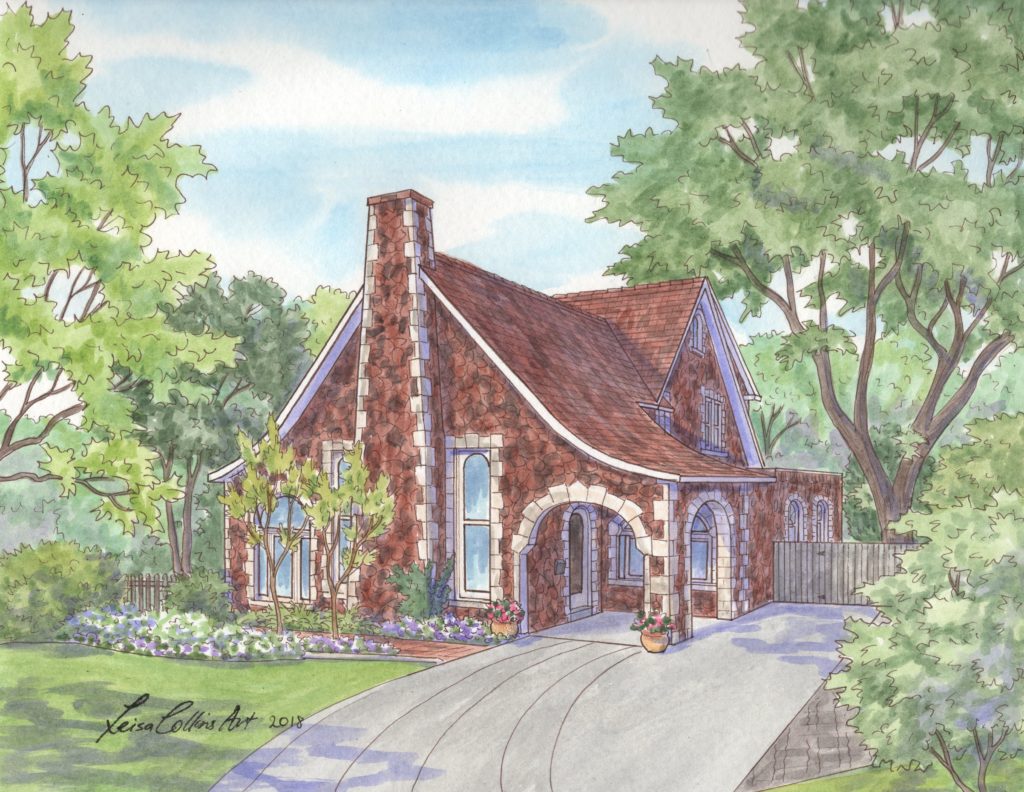 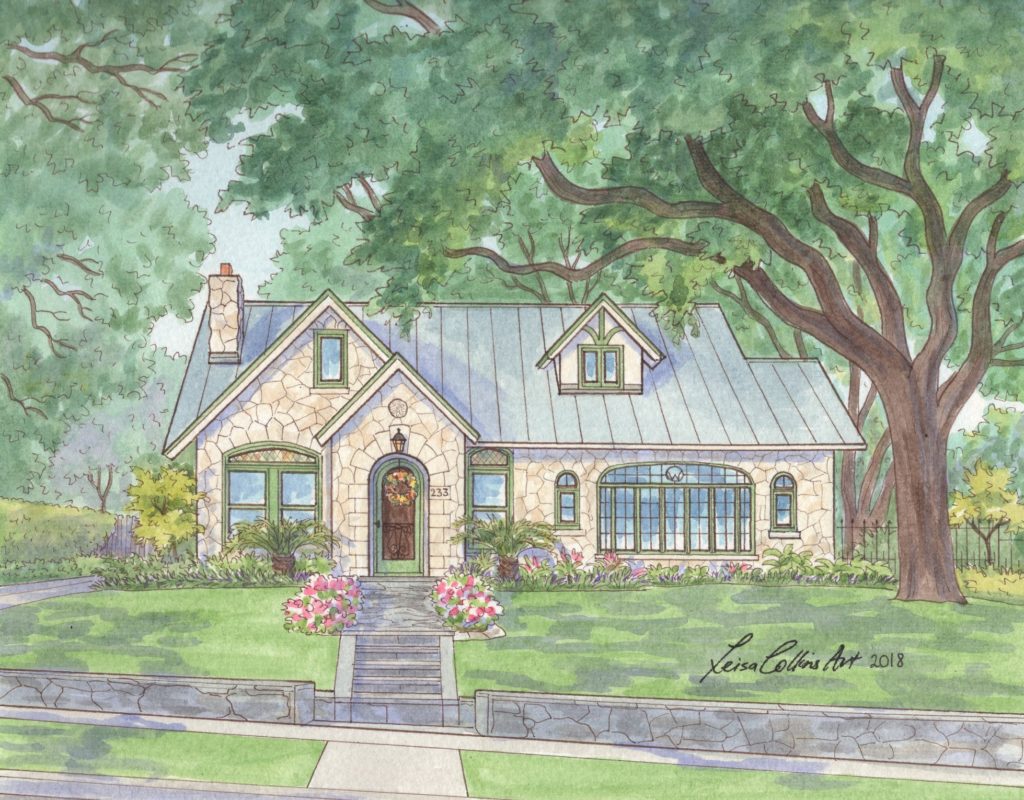 Here is the Tudor Homes Gallery on my website to enjoy. 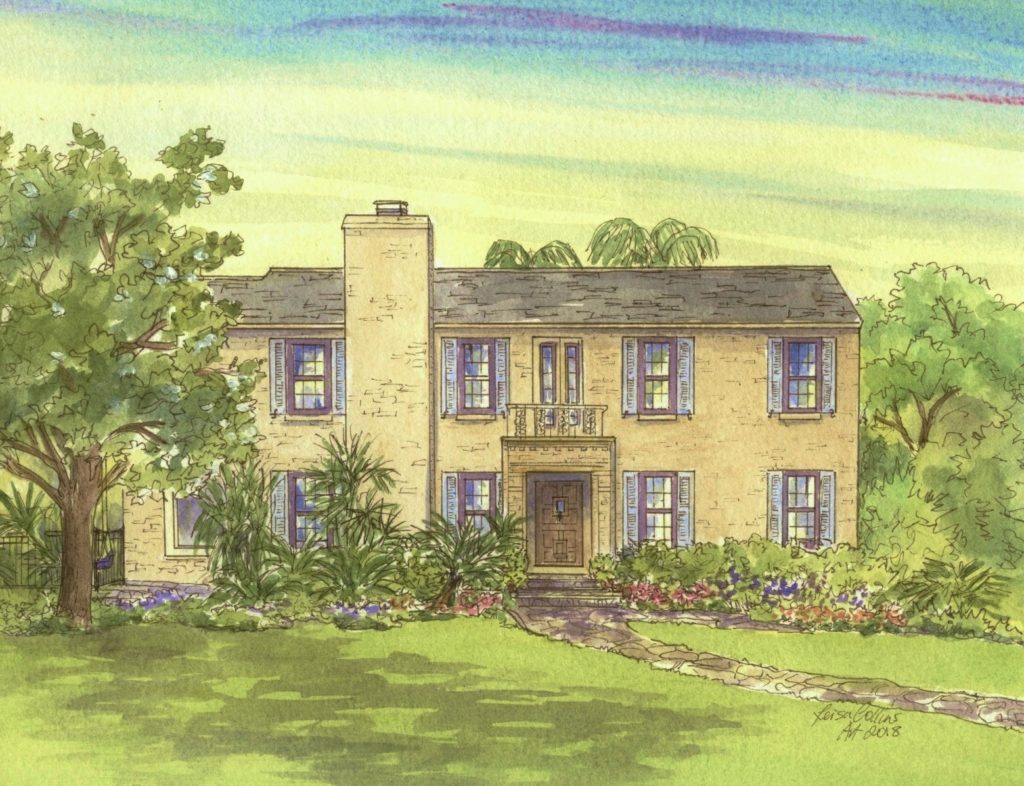 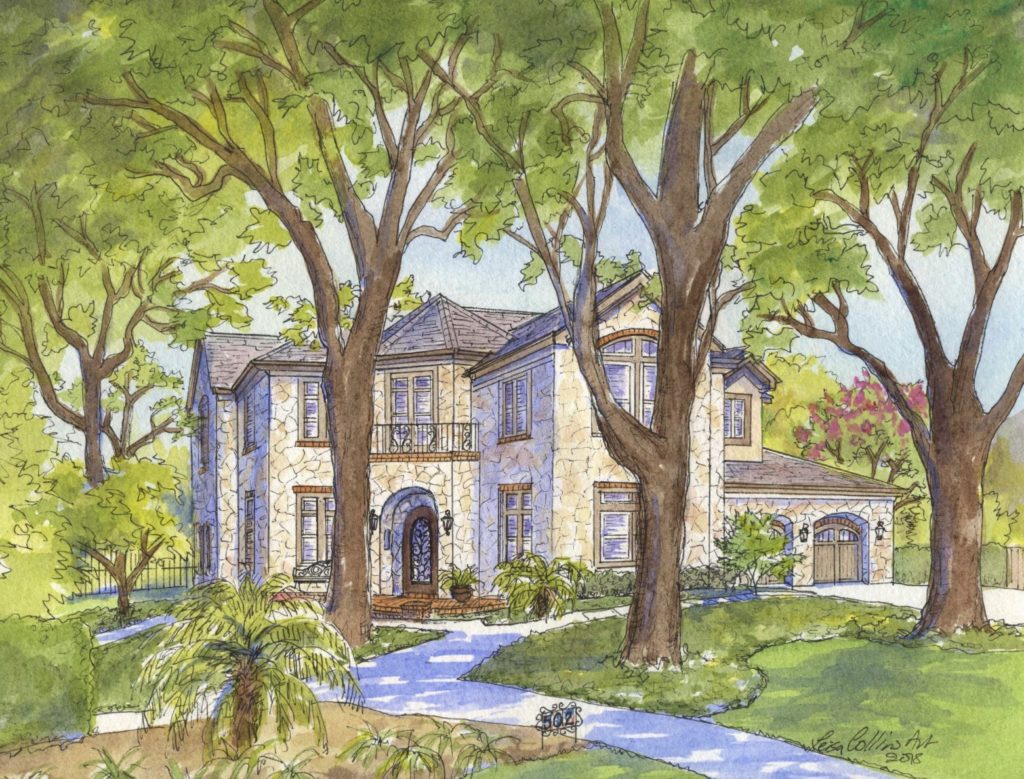 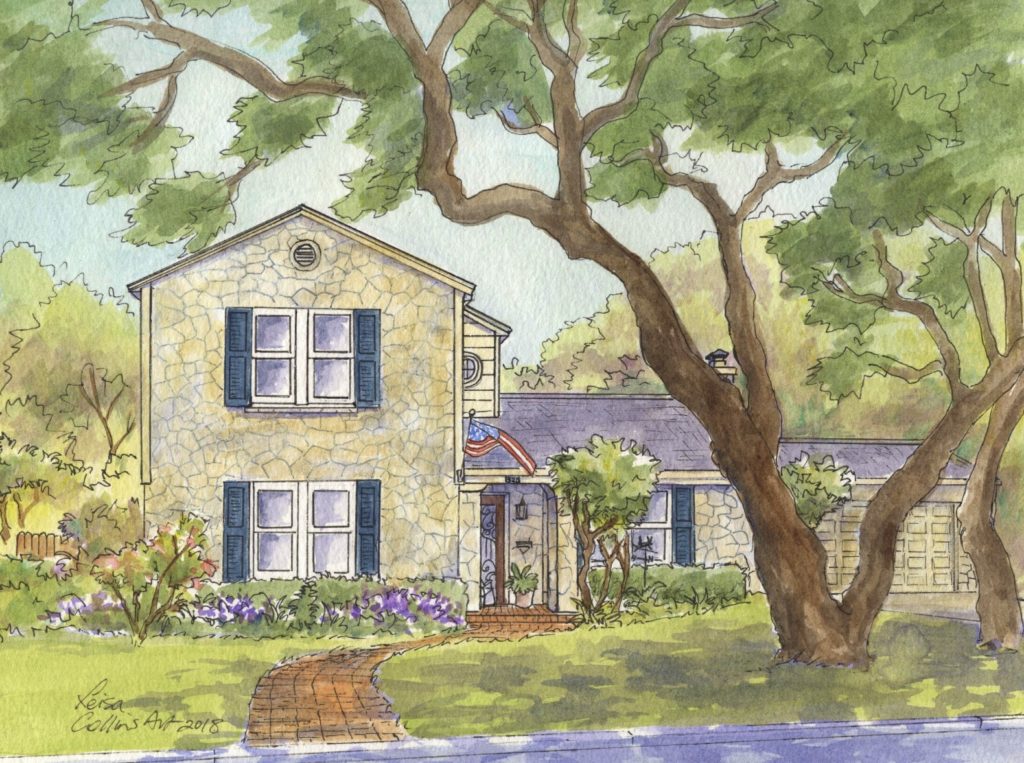 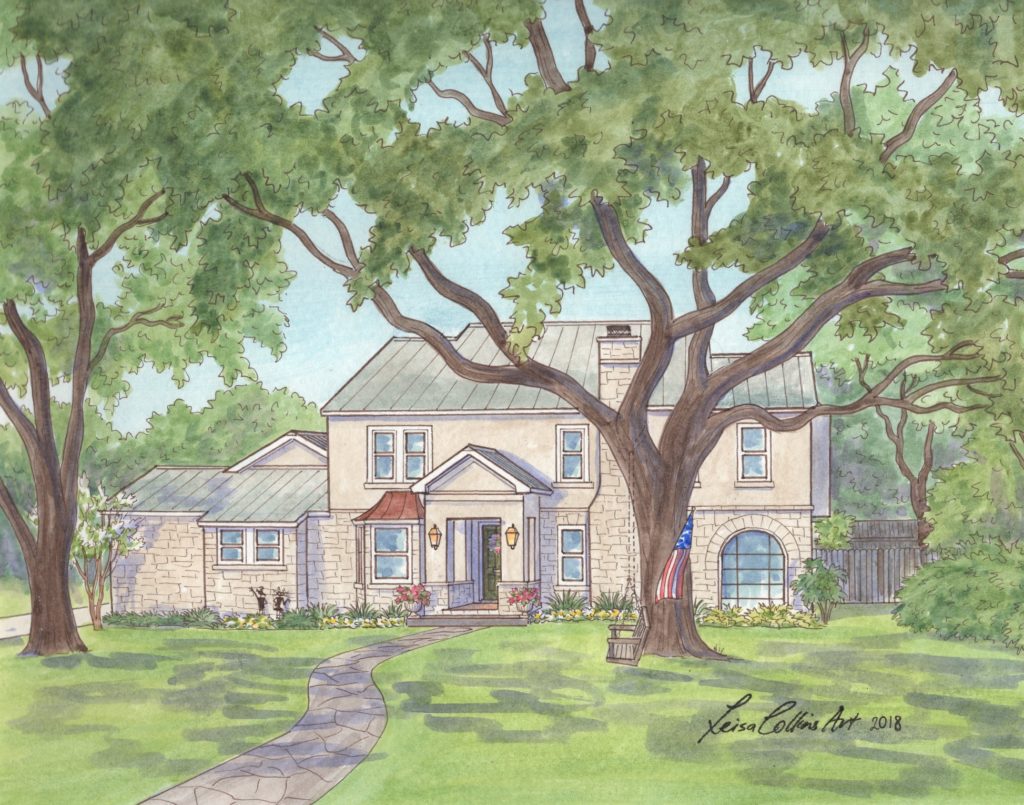 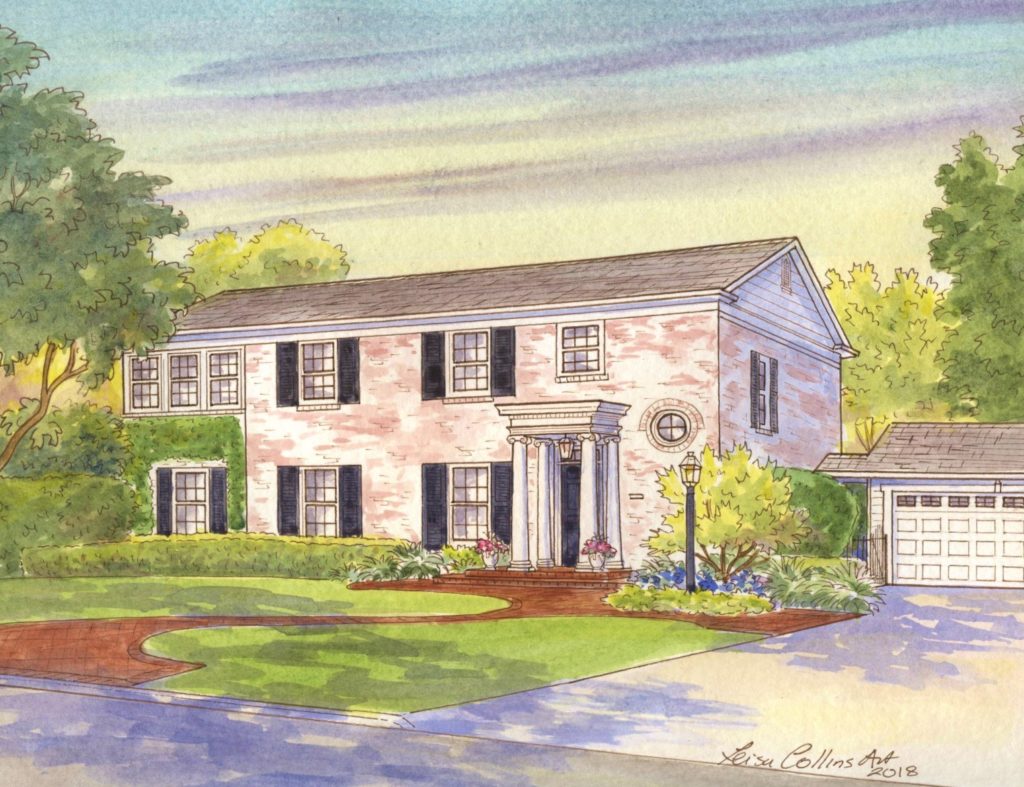 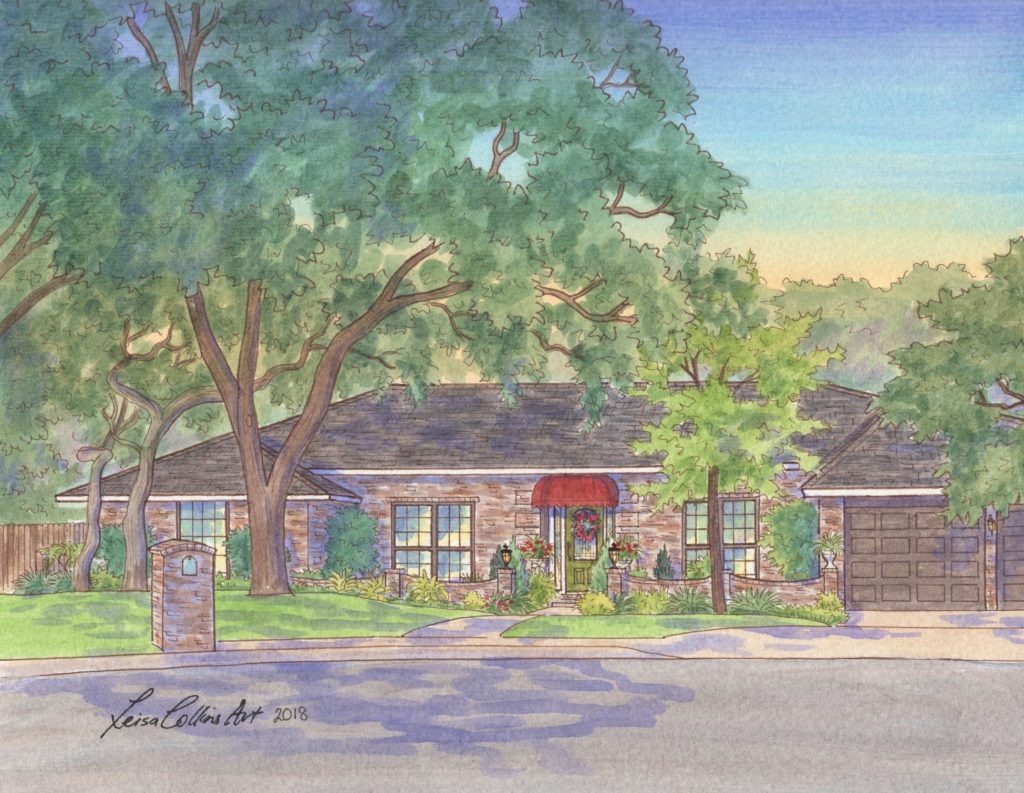 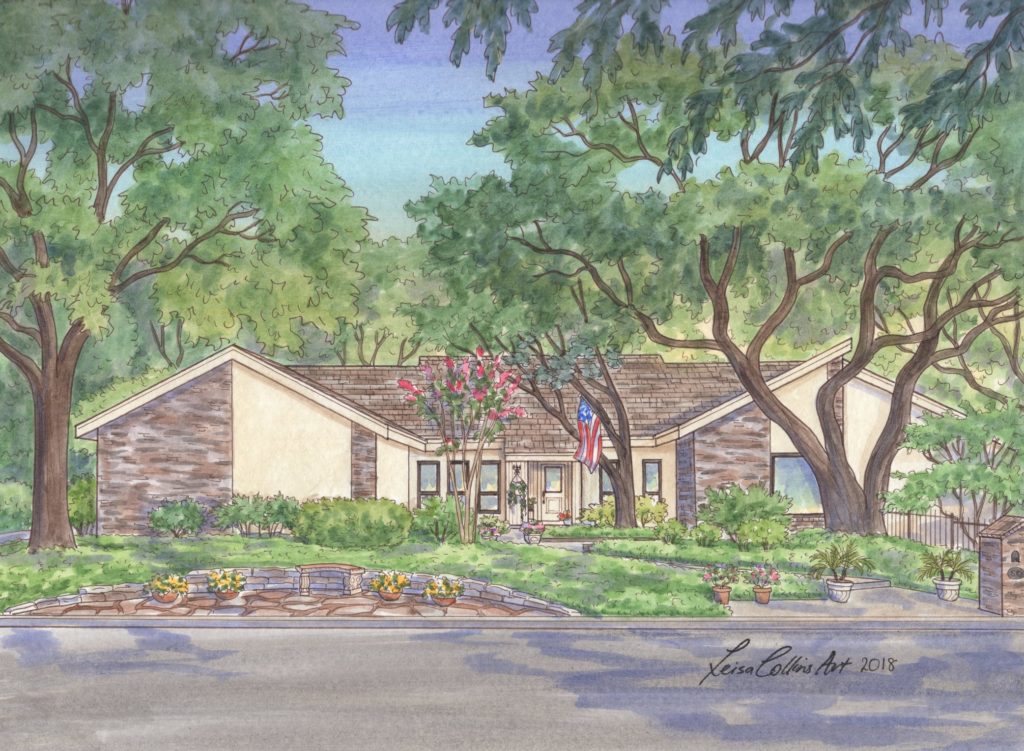 Thanks to the owners of these homes for making them art inspiring and I hope you are enjoying my art on your walls.

Here is some more about the history of San Antonio, thanks to the Texas State Historical Society website.    I find that knowing the history gives one a much broader understanding of the architecture and of course the people of that city and its origins.

If you live in San Antonio and would like to commission me to create a portrait of your home, I am always honored to do so. Just get in touch with me and to discuss the project.