One of the greatest things about staying in Pasadena and the surrounding area is that you are able to enjoy the changing colors and moods of the San Gabriel Mountain Range. They provide  such a wonderful backdrop to any house portrait painting. As you can see here I especially love to capture the mountains around sunset when they turn shades of soft blue and green. It  makes the darker, natural tones of the craftsman homes in Pasadena stand out. 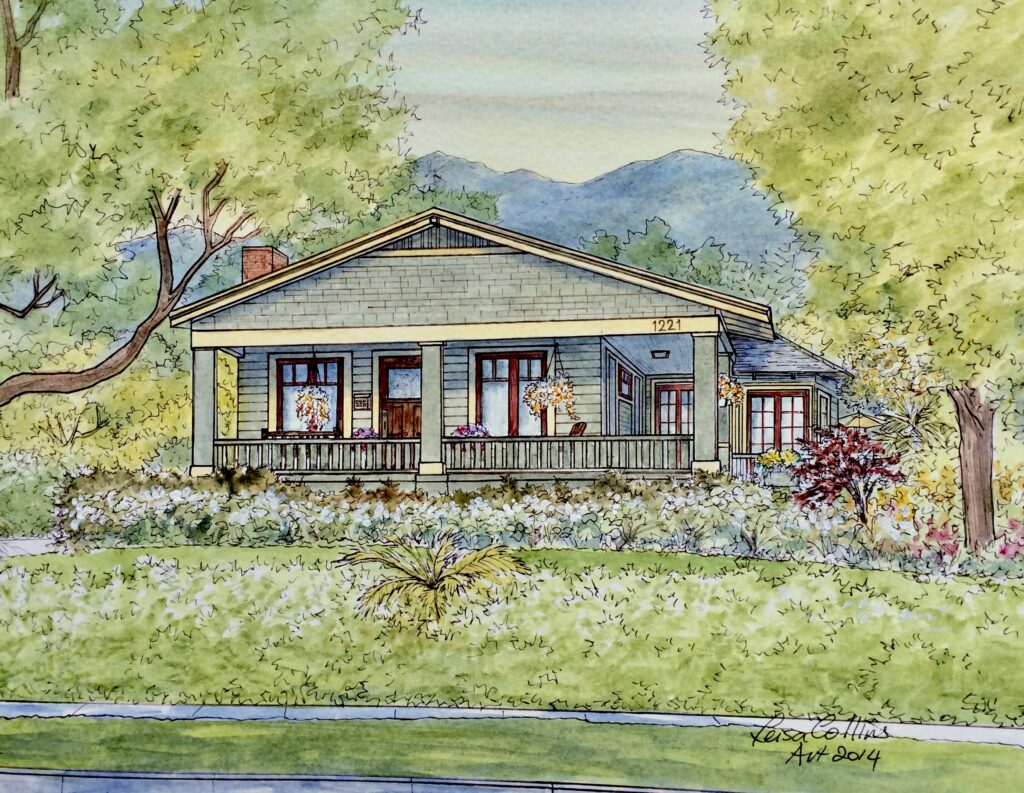 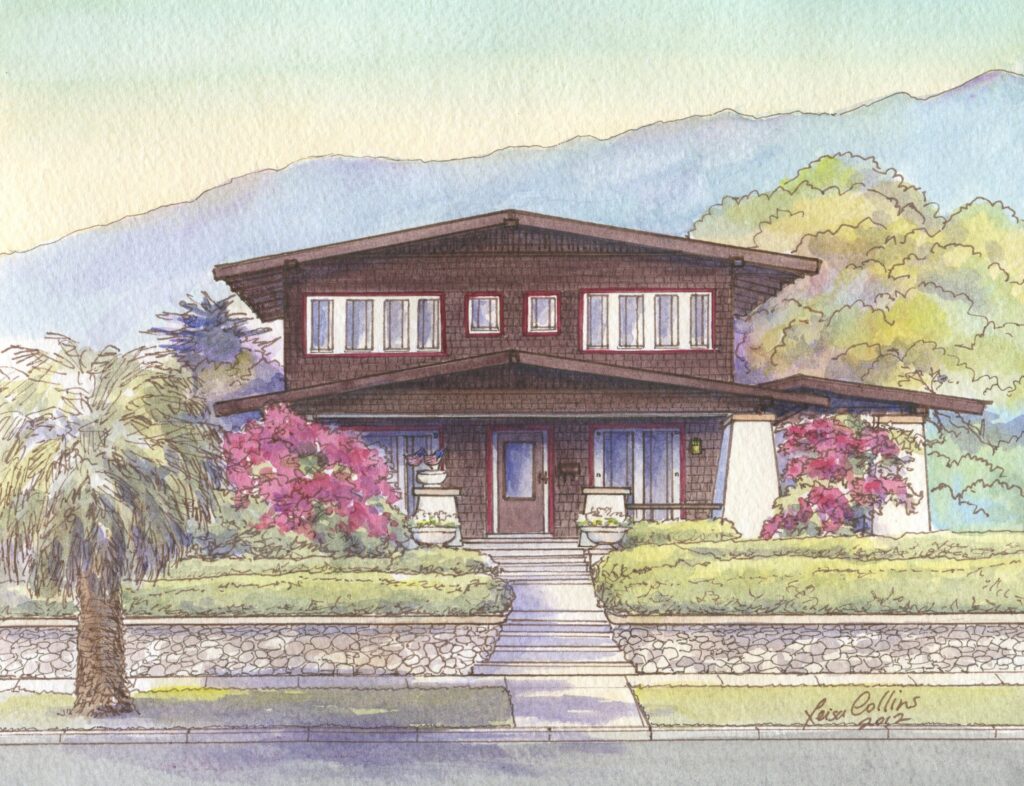 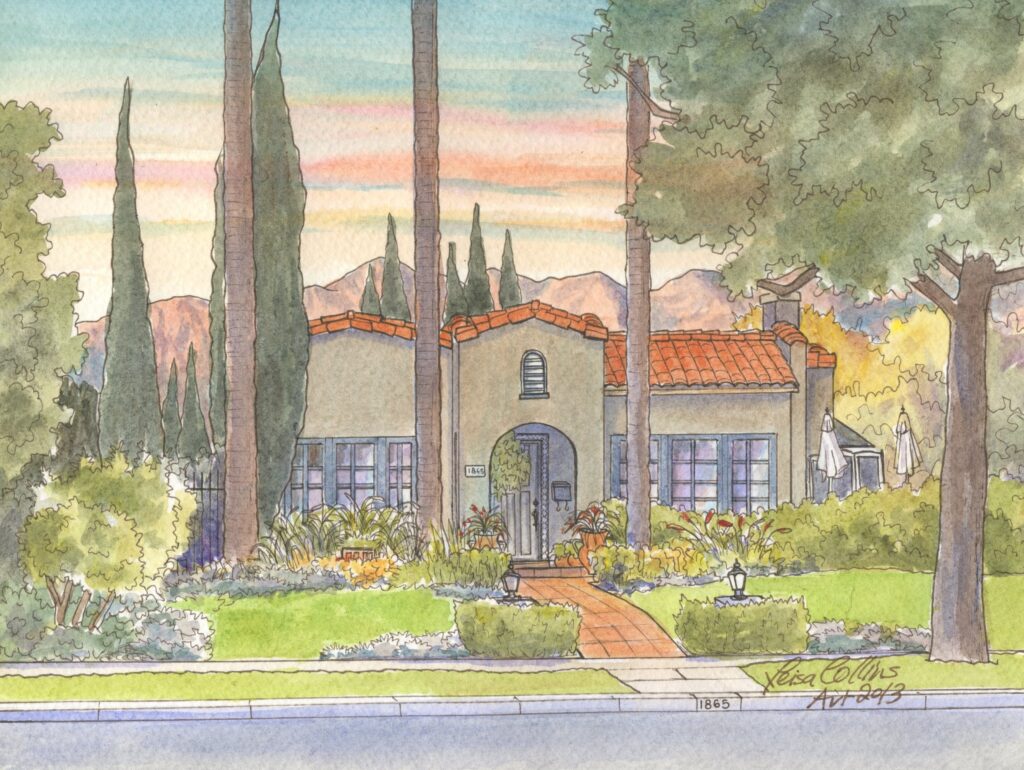 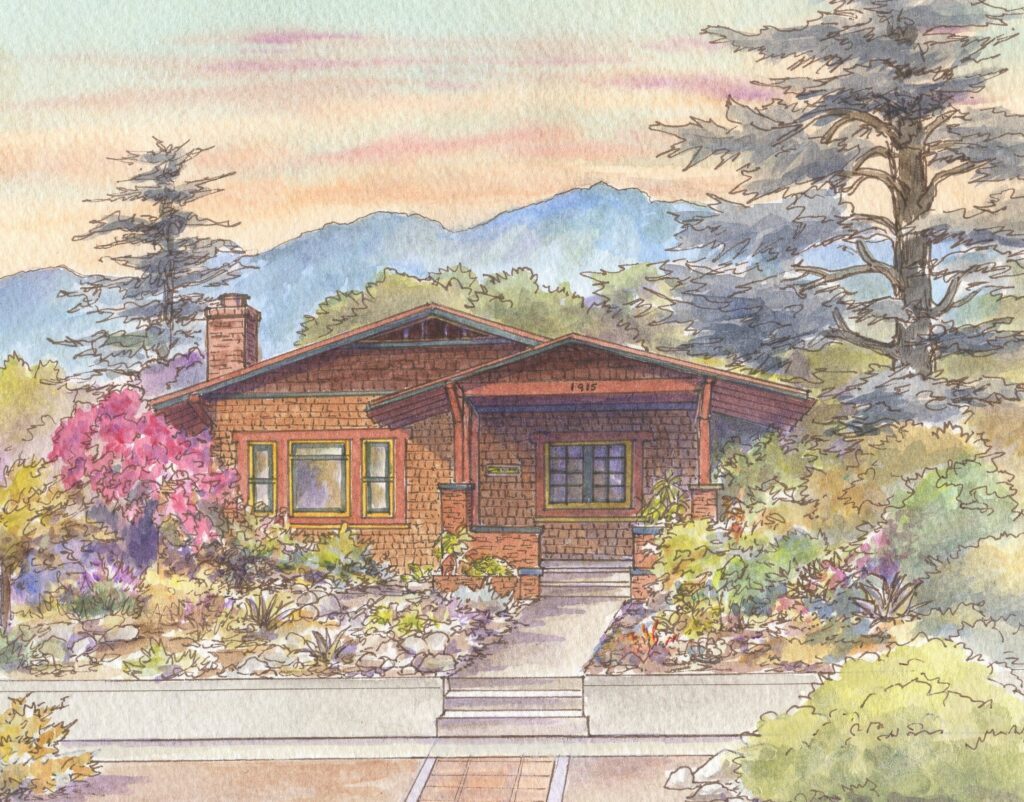 Here’s a little bit about the San Gabriel Mountain Range.  It lies between the Los Angeles Basin and the Mojave Desert, with Interstate 5 to the west and Interstate 15 to the east.  The range is surrounded by the Angeles National Forest, with the San Andreas Fault as the northern border.   The highest peak in the range is Mount San Antonio, commonly referred to as Mt. Baldy.  Mount Wilson is another famous peak, well known for the Mount Wilson Observatory,  which can be visited by the public.

We had a lot of fun hiking in the San Gabriels while in California. Other summer sports include  “canyoneering”, hiking, backpacking, rock climbing, picnicking and camping.  In the winter, snowboarding and snow skiing are popular.

As history goes, Mexican political interests interfered with the mission’s work, leading to the dispersion of its extensive land holdings and the dissolution of its influence. Ranchers and farmers assumed prominence as we moved into the nineteenth century.  A small number of Americans heading west late in the century evolved into a continuous expansion of San Gabriel’s population in the 1900s, marked by a significant growth spurt in the 1940s and a new suburban look in the second half of the century.  The city’s motto is “A city with a Mission” and it is often called the “Birthplace” of the Los Angeles metropolitan area.  At the 2010 census, the population was just under 40,000.