Firstly I would like to say that I am enjoying living in Michigan. The lush greens and wide open spaces remind me of my homeland of New Zealand. It’s also nice to be close to family, as my husband was born and breed in this state.

“I’d like to share an excerpt from my brand new book, “Hand Painted Homes: An Artist’s Pen and Watercolor Journey Across America”:

“Greater Metro Detroit consists of the three counties that border or contain the city of Detroit. In addition to its automotive heritage, Metro Detroit is known for arts, entertainment, music, sports, architecture and design. A variety of natural landscapes, beaches and Great Lakes parks also make up the area. The outlying suburbs contain homes of diverse architectural styles and some older suburbs have houses dating back to the early 1900s. Popular historic styles in these areas include Colonial Revivals, Tudor Revivals, Craftsman homes, Cape Cods and Neoclassical designs. In the mid-1900s, Mid-Century Modern and Ranch houses became more prevalent followed by Modern and contemporary designs.”

It’s tough to find a city with more pride. The people of Detroit walk with their heads held high, persevering through countless hardships. 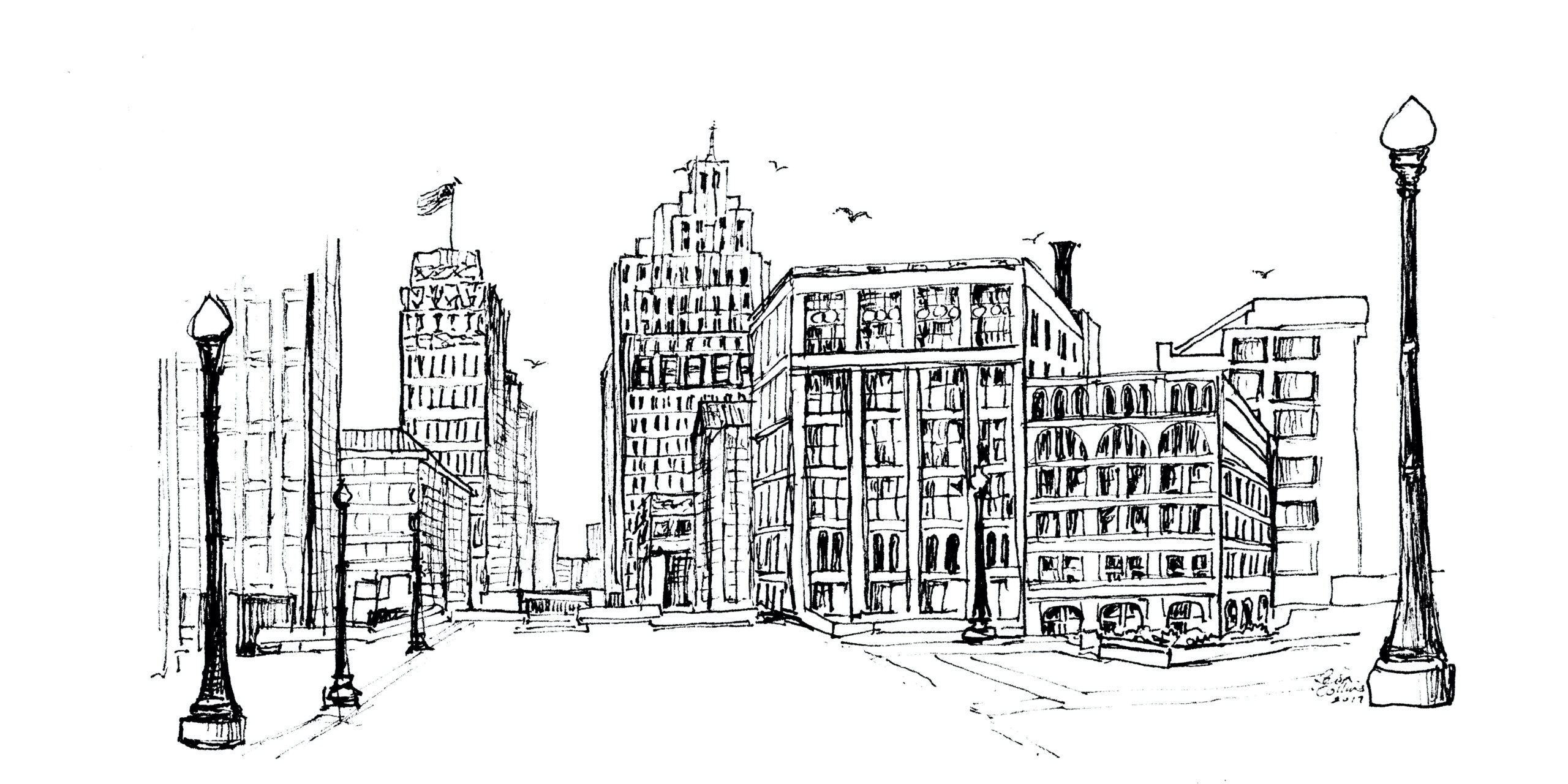 Detroit gained its nickname, “The Motor City,” in the early 20th century when it was the global center of the automotive industry. A gradual decline began in the mid-50s and the city became known for vacant lots and crumbling homes. While the problems facing Detroit are far from over, it is fighting for a comeback. With grit and determination the city is transforming itself.

Brush Park serves as a good example.  Wedged between downtown Detroit and Midtown, the Brush Park neighborhood was all but forgotten with decaying historic Victorian homes and weeds taking over empty lots. The painting below depicts one of the remaining Brush Park historic structures shortly after renovations had started.

Today, construction equipment rumbles in Brush Park. Old houses and buildings are being returned to life and there is a slew of tasteful new construction that blends in with the area. Downtown Detroit and the surrounding areas are experiencing a similar resurgence.

Tucked away in residential neighborhoods in the Detroit area one can find some of the most spectacular historic Tudor style homes in the country.

Like so many of my other travels, the greater Detroit area has impressed me its diversity of unique architecture. I look forward to creating more paintings for the good people of the Detroit area. If you enjoyed this blog post, please feel free to stay a while and look through my previous posts, and be on the lookout for new posts in the future.